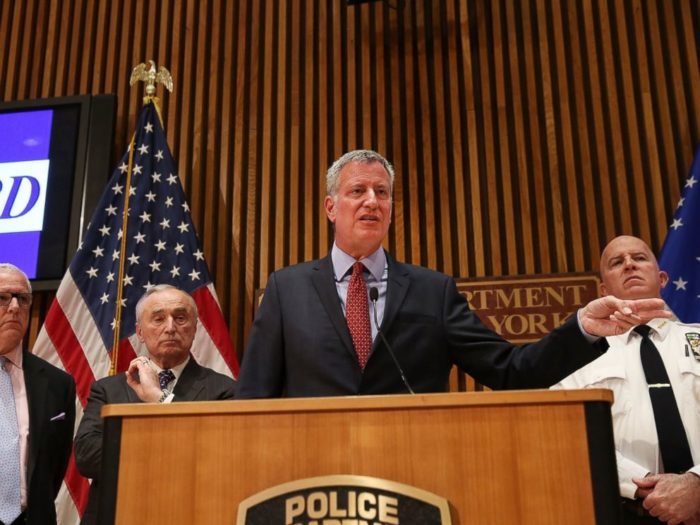 How many more NYPD officials are going to be named in the case or a similar one in the coming months? How many other police departments have the same issue?

Three top NYPD officials and a fundraiser for Mayor de Blasio were arrested at their homes by the FBI early Monday morning as part of a widening investigation, authorities said.

The arrests are linked to the alleged exchange of lavish gifts for favors, such as funeral escorts, street closures and expedited gun licenses for the Shomrim, an Orthodox Jewish patrol that has long been controversial for its tactics protecting the Borough Park section of Brooklyn.

Court records allege that cooperating witness Jona Rechnitz and Reichberg, who worked together, offered considerable favors to the two NYPD officials, including paying more than $100,000 for flights, hotel rooms, prostitutes, expensive meals, home improvements and prime seats to sporting events for the two.

In exchange, Grant and Harrington were “effectively … on call – ready and willing to use their official authority within the NYPD to provide assistance … on an as needed basis.” This included providing “police escorts for them and their friends, assistance with private disputes and investigations, police resources for security at religious sites and events, and the ability to get out of tickets or other infractions, and special access to parades and other cultural events,” according to the criminal complaints.

The criminal complaints also allege that in 2013, Rechnitz and Reichberg took Grant and an unnamed detective to Las Vegas for Super Bowl weekend. The $59,000 round trip included having a prostitute come on the private plane. The prostitute allegedly stayed in Grant’s room in Las Vegas. “Grant and others took advantage of her services during the trip.” More