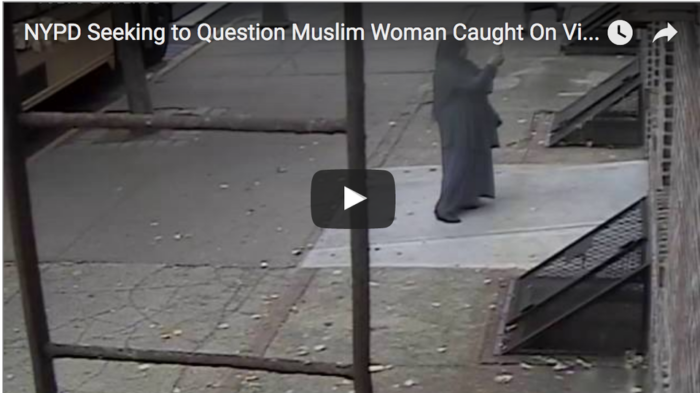 Hopefully the NYPD finds this Muslim woman and questions her and figures out what she was doing and why she was taking pictures of this Jewish school.

The NYPD Intelligence Division & Counter-Terrorism Bureau are seeking to speak with a woman that was caught on surveillance video taking pictures of a Jewish school in borough park.

The incident took place last week on Thursday afternoon at approximately 2:30 p.m. The woman, dressed like a Muslim, showed up at the Yeshiva Imeri Yosef Spinka school located at 15th avenue and 58th street. She proceeded to take photos and look around all sides of the building as if to spy and stake out the place.

The school’s surveillance video was handed over to the NYPD.

“If you see something suspicious you need to report it immediately to 911,” Councilman David Greenfield said upon learning about this incident.

“Better safe than sorry,” he continued,”I’m pleased that the NYPD Intelligence Division is actively investigating this situation.”

“We’re fortunate to have the best police department in the world,” Greenfield added.