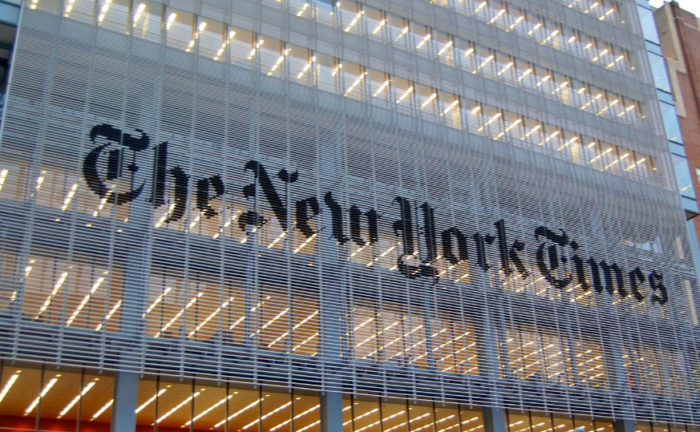 Well that would be something new for the NYT team. How long will it last? Do you think you will be able to report the news honestly? I am not holding my breath…

The publisher of The New York Times penned a letter to readers Friday promising that the paper would “reflect” on its coverage of this year’s election while rededicating itself to reporting on “America and the world” honestly.

“We cannot deliver the independent, original journalism for which we are known without the loyalty of our subscribers,” the letter states. More

Michael Moore Makes It To Trump Tower's 4th Floor, Tries To Confront Trump To Ask Him To Step Down