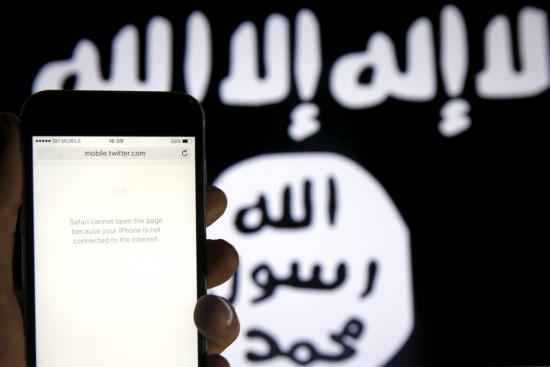 Because beating ISIS on Twitter is where it counts, right? Eliminating the propaganda is not stopping them from brutally killing innocent people.

The Islamic State of Iraq and Syria’s Twitter traffic has plunged 45 percent in the past two years, the Obama administration says, as the U.S. and its allies have countered messages of jihadi glorification with a flood of online images and statements about suffering and enslavement at the hands of the extremist organization.

U.S. officials cite the drop in Twitter traffic as a sign of progress toward eliminating propaganda they blame for inspiring attacks around the world.

When the U.S. formed an international coalition in September 2014 to fight ISIS, the administration outlined multiple goals: military action and cutting off foreign fighters and finances, confronting the group’s extremist ideology and stemming the militants’ growing popularity in the Arab world and beyond.

The messaging element of the campaign struggled early on. Much of the anti-ISIS content put online was in English, limiting its effectiveness. At the time, social media networks were only getting started with new technological approaches to the challenge of disabling accounts that were recruiting and radicalizing prospective IS members.

These shortcomings have been fixed, American officials believe. Memes and images depicting the group’s treatment of women, children and others are presented almost entirely in Arabic. Whereas the U.S. previously blasted the information out itself, it disseminates messages now through Muslim governments, religious leaders, schools, youth leaders and advocacy groups with credibility in local communities. Data show the proliferation of IS propaganda decreasing. More

You Won't Believe This OUTRAGEOUS Claim By The State Dept