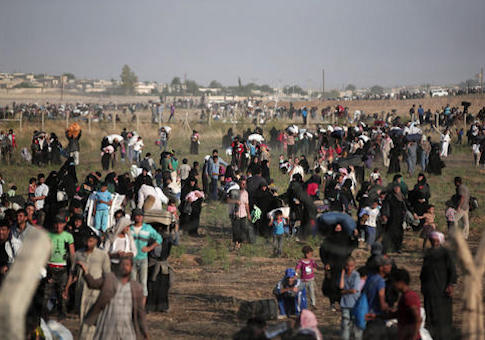 Why is the Obama administration spending all this money on Syrian Refugees when we have Veterans living on the streets and children that need homes? Why aren’t they helping Americans first?

The Obama administration plans to spend $4.6 million next year on health promotion and “emotional wellness” for refugees as President Obama plans a 30 percent increase in the number of refugees admitted into the country.

The Department of Health and Human Services issued a grant forecast last month detailing its plans to issue health care grants for refugees on top of government programs that are already available, such as Medicaid.

“The Office of Refugee Resettlement (ORR) within the Administration for Children and Families (ACF) invites States to submit applications for Refugee Health Promotion (RHP) discretionary grant funds,” the grant forecast says. “The purpose of the RHP grant is to support health and emotional wellness among refugees. The program is designed to coordinate and promote local health and mental health services and education.”

The agency said the funding would be in addition to Medicaid and programs that provide cash and medical assistance for refugees.

“The RHP grant is intended to encourage partnerships with community-based organizations and complement existing care coordination and medical assistance programs such as Medicaid and Refugee Medical Assistance (RMA), which includes refugee medical screenings (RMS), and other ORR-funded social service programs, including Preferred Communities,” according to the grant forecast. Preferred Communities is a job placement program for refugees.

The administration said it would post an official grant announcement on Jan. 6, 2017, less than two weeks before the president leaves office. Funding would be awarded next August.

The call for increased health funding comes as President Obama plans to admit 110,000 refugees in fiscal 2017, a 30 percent increase from this year, the Wall Street Journal reported Wednesday.

The administration has already admitted 10,000 Syrian refugees this year, and is seeking “a significantly higher number” next year. The president’s plan would admit 40,000 refugees from the Near East and South Asia, including Syria.

Each refugee admitted into the United States from the Middle East costs taxpayers an estimated$64,370 to resettle.

The Department of Health and Human Services did not immediately respond to request for comment.