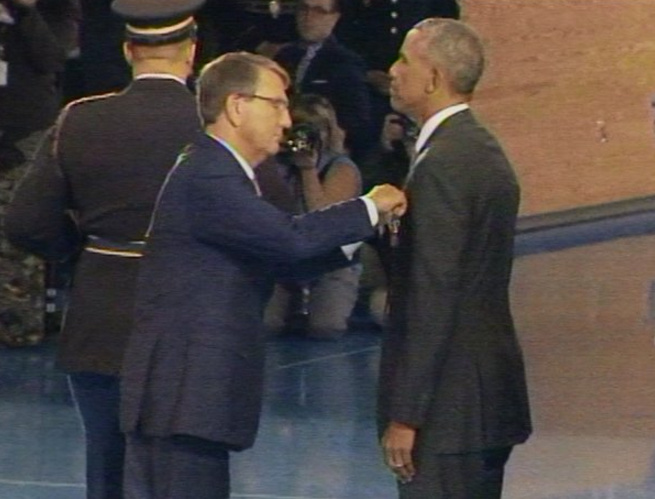 Okay, so now that Obama has gotten his participation trophy, next up is Hillary Clinton. She’ll be receiving the award for Distinguished National Security for emails…

On Wednesday, President Obama added another prestigious medal to his Nobel Prize collection when he had Defense Secretary Ash Carter award him with the Department of Defense Medal for Distinguished Public Service.

Secretary Carter awarded his boss with the medal on January 4 during the Armed Forces Full Honor Farewell Review for the President held at Conmy Hall, Joint Base Myer-Henderson Hall in Virginia.

Carter insisted that the medal was a token of appreciation for Obama’s service as commander in chief, the Associated Press reported. More