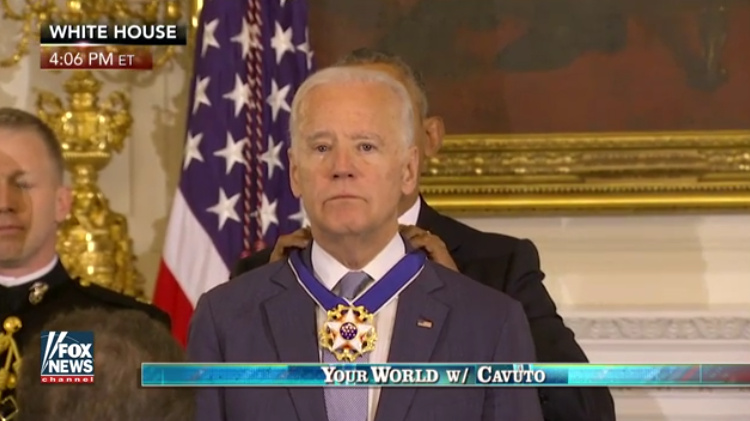 Participation trophies for all! He had to give one to his bro Joe Biden. After all, he gave one to himself.

At the dusk of both of their political careers, surrounded by teary friends and family, President Barack Obama on Thursday bestowed the Presidential Medal of Freedom on Joe Biden, the man he called “the finest vice president we have ever seen.”

The vice president winced in shock as Obama announced he was conferring the nation’s highest civil honor on his right-hand-man for eight years. Biden turned away from the cameras, wiped away some tears, then stood stoically as Obama draped the blue-and-white ribbon around his neck.

“I just hope that the asterisk in history that is attached to my name when they talk about this presidency is that I can say I was part of the journey of a remarkable man who did remarkable things for this country,” Biden said.

There were standing ovations — several of them — at what had been billed as a modest farewell ceremony for Biden but evolved into a surprise bestowal of the Medal of Freedom, the last time Obama will present the honor. More