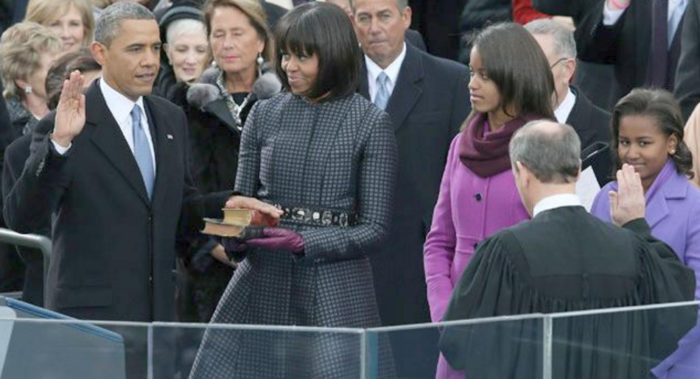 It always totally amazes me that me never gets hit by lightning.

CBN: President Barack Obama says the Bible supports his sweeping directive to allow transgender public school students to use the bathroom of their choice.

The president made that remark at a townhall meeting hosted by “PBS NewsHour” in Elkhart, Indiana, Wednesday night.

Obama said people with religious beliefs may disagree with his decision, but he believes he’s following Jesus’ command to treat others the way he’d want to be treated.

“My reading of Scripture tells me that that Golden Rule is pretty high up there in terms of my Christian belief,” he said.

The president said he wants to ensure that all children are treated with kindness and protect transgender students.

The president said he wants to ensure that all children are treated with kindness and protect transgender students.

The Bible does speak of homosexuality… it condemns it as sin. Let’s take a look…

Leviticus 18:22, “You shall not lie with a male as one lies with a female; it is an abomination.”

Leviticus 20:13, “If there is a man who lies with a male as those who lie with a woman, both of them have committed a detestable act; they shall surely be put to death. Their bloodguiltness is upon them.”

Romans 1:26-28, “For this reason God gave them over to degrading passions; for their women exchanged the natural function for that which is unnatural, 27 and in the same way also the men abandoned the natural function of the woman and burned in their desire toward one another, men with men committing indecent acts and receiving in their own persons the due penalty of their error. 28 And just as they did not see fit to acknowledge God any longer, God gave them over to a depraved mind, to do those things which are not proper.”