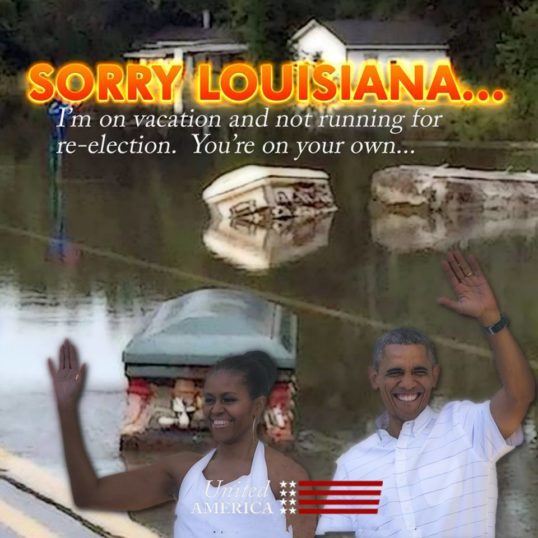 Is it any coincidence that the big decline in the popularity of golf seems to correlate to the growing enthusiasm of the game by the golfer in chief?

Washington Examiner: The former director of the Federal Emergency Management Agency criticized President Obama Friday for not walking “off the golf course” during his two-week vacation in Martha’s Vineyard to show support for the 40,000 Louisiana families who lost their homes in the state’s devastating floods.

But by Friday, the president should have done something to show that his administration stands in solidarity with the people of Louisiana. More

Hillary’s State Department Was A Cesspool of Fraud... Now We're About To Find Out What Happened To $6 Billion