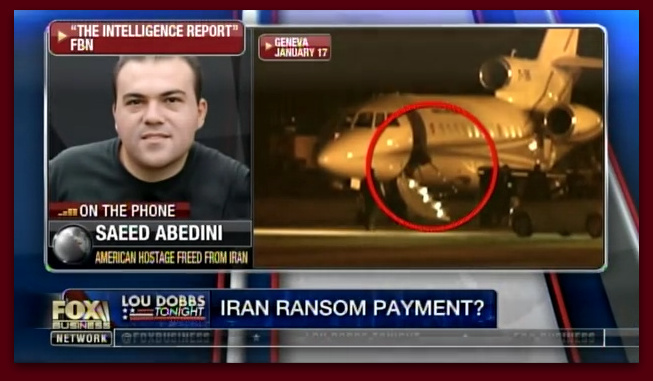 Now do you understand what have in the White House? Americans are targets all around the world put at risk just because Obama made hostage taking a profitable enterprise…

They waited on the tarmac for hours.

Saeed Abidini: I just remember the night at the airport sitting for hours and hours there and I asked police— why you not letting us go — And he told me we are waiting for another plane and if that plane take off we gonna let you go.

Trish Regan: You slept there at the airport?

Abidini: Yes, for a night. They told us you going to be there for 20 minutes but it took hours and hours. And I ask them why you don’t let us go, because the — was there, pilot was there, everyone was there to leave the country. And he said we are waiting for another plane so if that plane doesn’t come we never let us go.

Here’s what the Obama/Clinton quislings think of “Democracy.” Watch and learn here.