The totally corrupt and racist Obama shows his ignorance of history by making this comparison of President Trump to Hitler. There is none.

Obama is just using radical rhetoric to try to stir up the ignorant liberals that have no grasp on history. He has no honor! If he really wants to compare apples and oranges, he should be looking in the mirror because he is a Marxist pig! He created this atmosphere of division and hate but is now seeking to project it on the current administration. 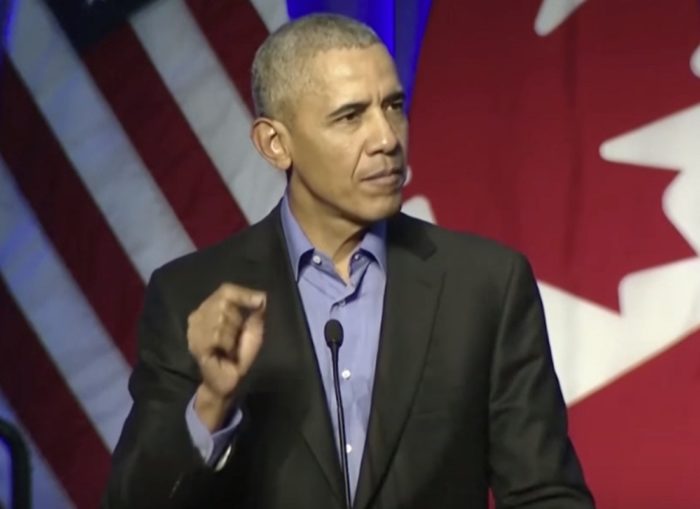 This was after his trip to Asia where he trashed President Trump’s withdrawal from the Paris Junk Science agreement.

Crains Chicago Business: American democracy is fragile, and unless care is taken it could follow the path of Nazi Germany in the 1930s.

Mixed in with many softer comments, that was the somewhat jaw-dropping bottom line of Barack Obama last night as, in a Q&A session before the Economic Club of Chicago, the Chicagoan who used to be president dropped a bit of red meat to a hometown crowd that likely is a lot closer to him than the man whose name never was mentioned: President Donald Trump.

Obama’s comments came after a series of playful questions from moderator and Ariel Investments President Mellody Hobson—in the great Batman vs. Superman debate, for instance, we learned Obama sides with Batman—before she eventually asked him what he’s learned as a world citizen of sorts.

One thing he’s learned is that “things don’t happen internationally if we don’t put our shoulder to the wheel,” Obama said, speaking of the U.S. “No other country has the experience and bandwith and ideals. . . .If the U.S. doesn’t do it, it’s not going to happen.” More