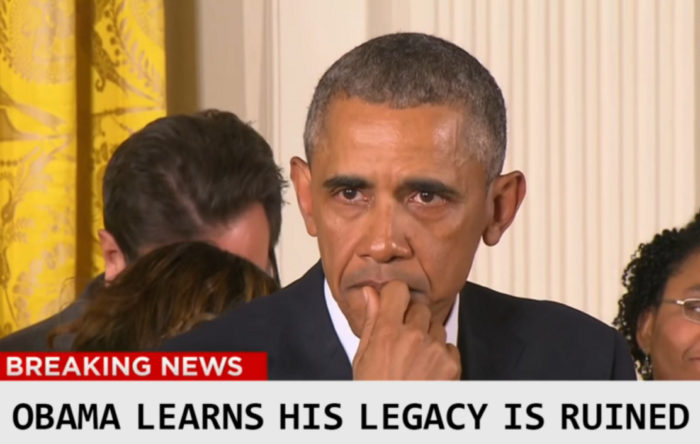 Obama did more damage to his own party than any other political leader since World War II. He is not done trying to destroy America either. His house just 2 miles from the White House where he continues his work to destroy the Democrat Party with his best buddy Valerie Jarrett! He and his cohorts are very dangerous to our nation right now.

And Obama did this despite enjoying eight years of nonstop accolades from a fawning press.

Over 8 years of Obama’s Presidency the Democratic Party lost more combined seats in the US Senate, US House, Governorships, State Legislative Seats and State Chambers than any President since FDR. 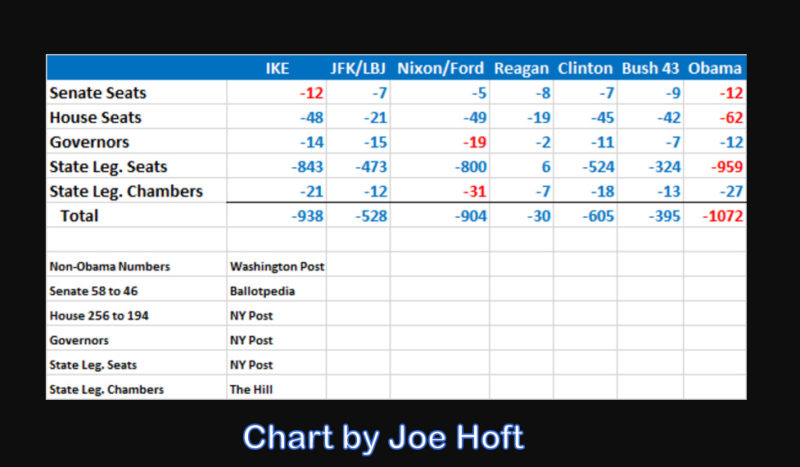 From January 2009 through the aftermath of Election Day — thanks to Obama and his ideas: