Of course, they did… he couldn’t have them uncover how many billions of American taxpayer’s money was going to Iran… Do you really believe those pallets were all of it?

How is this not giving material aid to terrorists? Sounds like aiding and abetting the enemy to me. How he reached the conclusion that this deal with Iran would be good for the world is way beyond me. I don’t know how long it will take to find out, or if we will ever know the real extent of the damage Obama did in 8 years, thank God for Trump! 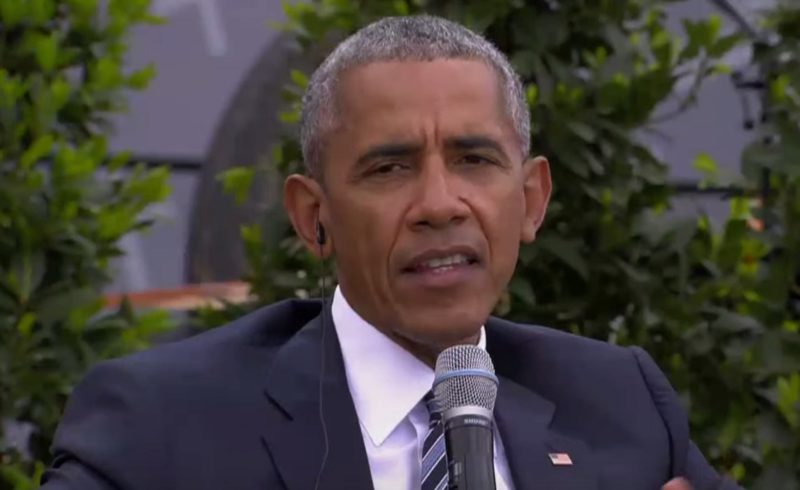 DW: All of the media attention was focused on the hearing of fired FBI director James Comey, but another hearing took place on Thursday that revealed more explosive and important information: the Obama administration dismantled units that were investigating Iran’s network of terror funding. More

Free Beacon: The Obama administration “systematically disbanded” law enforcement investigative units across the federal government focused on disrupting Iranian, Syrian, and Venezuelan terrorism financing networks out of concern the work could cause friction with Iranian officials and scuttle the nuclear deal with Iran, according to a former U.S. official who spent decades dismantling terrorist financial networks.

David Asher, who previously served as an adviser to Gen. John Allen at the Defense and State Departments, told the House Foreign Affairs Committee Thursday that top officials across several key law enforcement and intelligence agencies in the Obama administration “systematically disbanded” law enforcement activities targeting the terrorism financing operations of Iran, Hezbollah, and Venezuela in the lead-up to and during the nuclear negotiations with Tehran.

“Senior leadership, presiding, directing, and overseeing various sections [of these agencies]and portions of the U.S. intelligence community systematically disbanded any internal or external stakeholder action that threatened to derail the administration’s policy agenda focused on Iran,” he testified. More

James Comey Never Kept Detailed Memos on His Conversations With Obama... Like He Did With Trump

Feds Drop Bombshell: Up To 100 Girls May Have Had Their Genitals Mutilated In Michigan