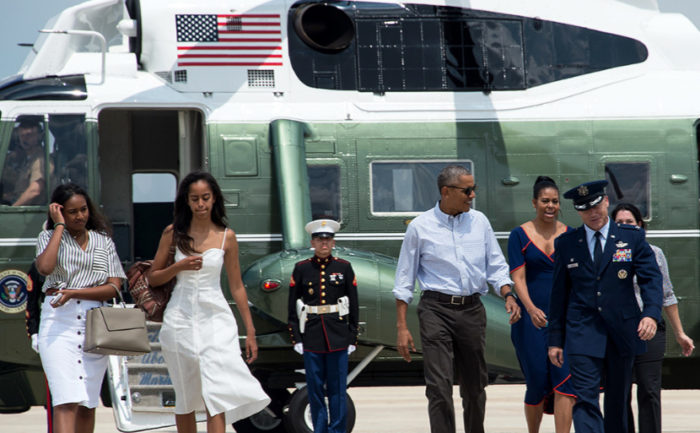 The most wasteful and destructive president in American history has certainly lived luxuriously at the American taxpayer expense. Thankfully, his presidency is quickly coming to an end.

President Obama and his family have spent over $85 million globetrotting since they moved into the White House.

Judicial Watch had previously calculated that their flights to and from Washington had a price tag of $3,590,313.60.

Judicial Watch announced today that it obtained records from the U.S. Secret Service revealing that its travel expenses for the First Family’s 2015 Hawaiian vacation cost taxpayers $1.2 million, which bring the total cost of the vacation trip to at least $4.8 million. This was the Obamas’ eighth Hawaiian family vacation. The trip has become an annual event for the Obamas. To date, Obama’s and his family’s travel expenses total at least $85,029,819.

Although the vacation officially lasted from December 18, 2015, to January 3, 2016, the Secret Service rented several Kailua homes for 19 nights, starting from December 16.  The total for the rentals, located near the Marine Corps base at Kaneohe Bay was $245,993.12.  According to bills obtained by Judicial Watch through the Freedom of Information Act (FOIA), the Secret Service also paid for rooms at the Hawaii Prince Hotel Waikiki and Golf Club.  The Secret Service also reserved rooms at the Moana Surfrider resort on Waikiki Beach, and the Ala Moana Hotel, which cost a total of $40,249.48 and $671,895.99, respectively.

Reportedly, the Obamas stayed at the Hale Reena Estate, which “rents for anywhere between $5,000 to $10,000 a night, depending on the season.” More