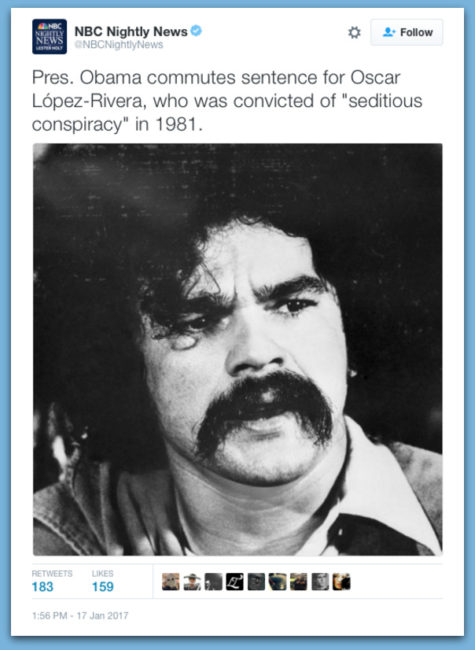 Oscar Lopez-Rivera was a dangerous terrorist who used booby trap bombs; whose apartment was the bombing-making headquarters for the FALN.

Unbelievable. Why? He’s a Marxist. Bill Clinton commuted the sentence of other members of the group.

President Barack Obama has granted clemency to Oscar Lopez-Rivera who has been in federal prison since 1981.

Lopez-Rivera grew up in Chicago and was convicted of seditious conspiracy to overthrow the U.S. government when he was a member of the Puerto Rican independence group FALN.

Depending on who’s doing the talking, Lopez-Rivera was either a dangerous terrorist who used booby trap bombs and other weapons or he was a freedom fighter who became a political prisoner since being convicted of seditious conspiracy and on weapons charges.

Under Lopez-Rivera, the FALN, headquartered in Chicago and New York City, planted more than 130 bombs in U.S. cities beginning in 1974.

The group’s goal was Puerto Rican independence and destabilizing what they called, “Yankee capitalist monopoly. Lopez-Rivera convicted and sentenced to 55-years, proclaimed himself an enemy of the U.S. government.

His Chicago north side apartment was the bombing-making headquarters for the FALN. The FBI found 10 pounds of dynamite and blasting caps in Lopez-Rivera’s apartment. More

These tweets pretty much sums it up. 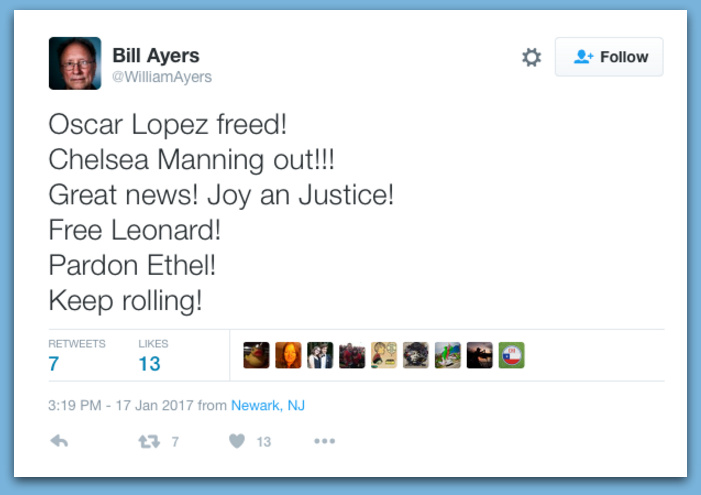 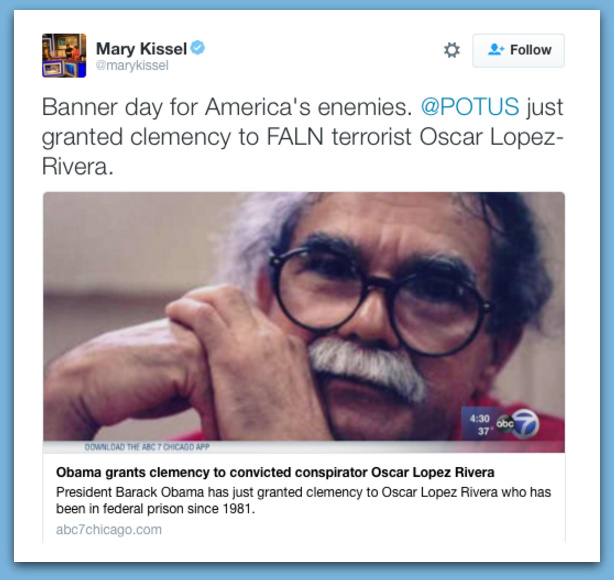