On Friday, Michael Flynn pleaded guilty to lying to FBI agents about making contact with Russian Ambassador Kislyak during the transition period. In a stunning twist, the Trump White House revealed to CNN that the calls were approved by the Obama regime.

The Hill reports: The White House said on Friday that it was the Obama administration that authorized former national security adviser Michael Flynn’s contacts with Russian Ambassador Sergey Kislyak during President Trump’s transition, according to CNN. 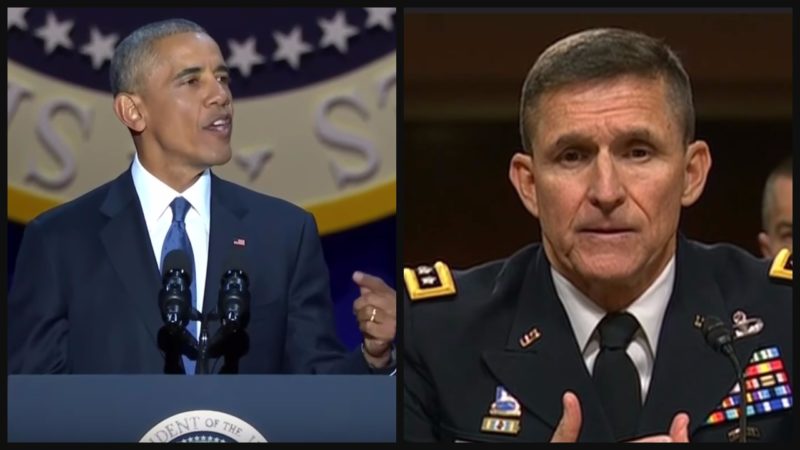 Flynn pleaded guilty on Friday to lying to the FBI about his contacts with Kislyak in the month before Trump took office, the first current or former Trump White House official brought down by special counsel Robert Mueller’s investigation into Russian election meddling. Court records indicate that his communications with Kislyak were directed by a Trump transition official, with multiple news outlets reporting that official was Trump’s son-in-law and senior adviser Jared Kushner. “They are saying here at the White House that Flynn’s conversations with Sergey Kisylak were quote ‘authorized’ by the Obama administration,” CNN correspondent Jim Acosta said.

“We should point out, that is something that we have not heard before in terms of a defense from this White House,” Acosta then bitterly noted.

“After over 33 years of military service to our country, including nearly five years in combat away from my family, and then my decision to continue to serve the United States, it has been extraordinarily painful to endure these many months of false accusations of ‘treason’ and other outrageous acts. Such false accusations are contrary to everything I have ever done and stood for. But I recognize that the actions I acknowledged in court today were wrong, and, through my faith in God, I am working to set things right. My guilty plea and agreement to cooperate with the Special Counsel’s Office reflect a decision I made in the best interests of my family and of our country. I accept full responsibility for my actions.”

FLYNN statement: “It has been extraordinarily painful to endure these many months of false accusations of ‘treason’” pic.twitter.com/xBuPECn0dw