Why is this little weasel running around acting like he’s still the president?

Obama received a rock star welcome in Germany as he appears alongside Angela Merkel and says ‘we can’t hide behind a wall.’ I wonder how many migrant crimes were committed in Germany while this meeting took place. Both smiling and demonizing the idea of ‘the wall’ all while these two have gated mansions! 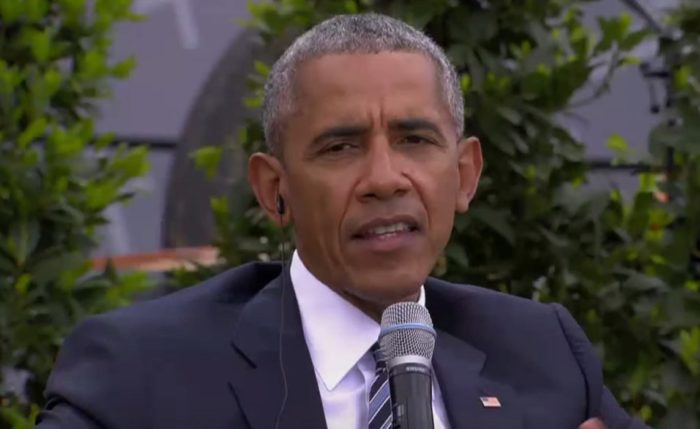 Daily Mail: Barack Obama received a rock-star welcome in Berlin as he appeared at a public debate Thursday with Chancellor Angela Merkel, whom he praised as one of his ‘favorite partners’ during his presidency.

Obama’s trip comes at the same time President Trump is making his inaugural excursion to Europe as president, visiting the European Union and NATO Thursday.

Merkel will leave Obama’s side to go visit with NATO leaders in Brussels, including Trump. More