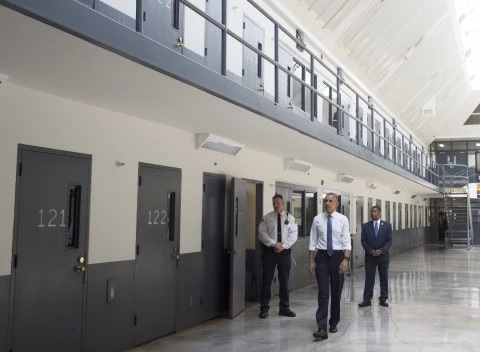 Obama is letting in tons of refugees and releasing a record breaking number of inmates, some of them even had life sentences. What is Obama trying to do to America?

To date, Obama has commuted the sentences of 562 federal inmates, more than the previous nine presidents combined. The White House said in a statement that the president will continue commuting the sentences of inmates through his remaining months in office.

“Today began like any other for 214 federal inmates across the country, but ultimately became a day I am confident they will never forget,” said Neil Eggleston, the White House counsel. The 214 inmates freed represent the most commutations in a single day since at least 1900, Eggleston said.

Typically, Obama has granted clemency to 40 or 50 inmates a month. In this case, 67 of the 214 inmates had been sentenced to life in prison. Almost all of those released from their sentences on Wednesday had been convicted of nonviolent drug crimes, according to the White House.

The White House said the large number of commutations underscores the need for broader criminal justice reform, which has some bipartisan support but has stalled in Congress.

“While we continue to work to act on as many clemency applications as possible, only legislation can bring about lasting change to the federal system,” Eggleston said. “It is critical that both the House and the Senate continue to work on a bipartisan basis to get a criminal justice reform bill to the President’s desk.”

According to the Justice Department, those whose sentences were commuted by Obama on Wednesday were:

Offense: Conspiracy to possess with intent to distribute cocaine base (crack); Middle District of North Carolina.