I have said before that the Obama Administration must have had something big on Chief Justice John Roberts to make him change his vote at the very last minute siding with Obamacare. Scalia had said he was shocked and confused why Roberts would do this. If he was intimidated or threatened, he should have still had the courage and character to take a stand to vote against Obamacare. 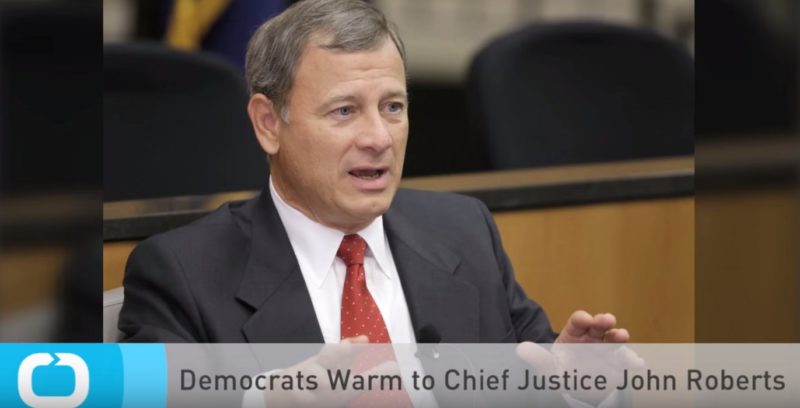 Justice Roberts is a Bush appointee that made the “decisive vote to uphold the constitutionality of Obamacare before the 2012 election” and is allegedly the victim of a surveillance program that also spied on President Donald Trump.

Previously released tapes, which are corroborated by Wikileaks “Vault 7” release, alongside public comments by CIA and NSA contractor Dennis Montgomery, who gained immunity, show that Brennan and Clapper, no doubt in coordination with then-president Barack Obama, spied on various individuals.

At the 18:00 minute mark of the tape, you can hear Blixseth’s commentary:

“John Roberts, the chief justice of the Supreme Court, was hacked.”

“I provided to the FBI seventeen businesses of Donald Trump, including the Trump Tower, the Trump leasing programs, all of these different programs, and including Trump himself and the various family members that had been wiretapped under these programs,” Montgomery said in a recent interview. “There has been a wiretap on Trump for years.”

“I started by going to Maricopa County and showing that Sheriff Arpaio himself was wiretapped under the Obama administration,” the whistleblower said.

“I was a CIA contractor both under John Brennan and under James Clapper and these individuals were running domestic surveillance programs in the United States collecting information on Americans. This isn’t political. They were collecting information on Republicans and Democrats. But they collected everything they could find. Bank accounts, phone numbers, chats, emails, and they collected a massive amount of it under the Obama administration,” Montgomery said.