After all the chaos Obama’s regime purposely caused in the Middle East which directly led to the refugee crisis in Europe and the US, they have the nerve to tell President Trump to mind his own business?

Hey, Obama and his cronies, there is a new sheriff in town, now SHUT UP! 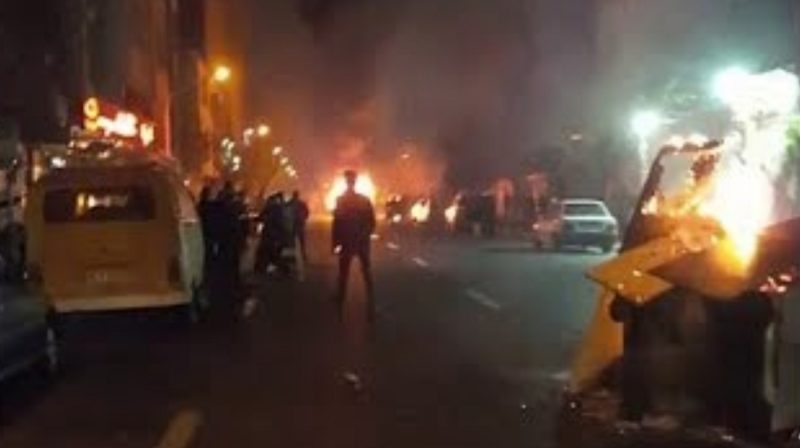 In 2009 tens of thousands of brave Iranian democracy protesters rose up against the brutal Khamenei regime after President Mahmoud Ahmadinejad was announced the winner in a disputed national election.

The protests quickly turned bloody when Iranian hardliners started firing on the protesters. One beautiful young protester was shot in the neck by the regime.

Her name was Neda Soltani or Neda Agha Soltan — she was shot in the neck during a protest in Tehran on June 20, 2009. (AFP)

After several days the protesters called out to President Obama, “Obama, Obama, Are you with the regime or with us?”

But Obama did nothing — Instead he worked with the evil regime to quash the rebellion.

This past week protesters took to the streets again in Iran to protest the evil, corrupt regime.

The Iranians are furious with these latest comments from Obama and his lackeys.

No @AmbassadorRice #Iranians have had it with you collaborators & aiders and abettors to #Terrorists from gasbag @BarackObama admin. You got THOUSANDS more people killed unnecessarily now YOU SHUT — THE —FUCK — UP & get lost shameless slag. pic.twitter.com/wNqqYC5IZ4

And activist Imperator Rex tore into John Kerry and Ben Rhodes after their pompous tweets on the Iranian rebellion. 1. You & Obama deliberately lied to the American people to push through an unconstitutional deal with the mullahs, that was designed to strengthen their power in Iran & the Middle East. As if you care about the Iranian people, you jerk.

That was the article where you were bignoting yourself about misrepresenting the Iran timeline in your ‘narrative’ (aka fiction aka lie) as part of the misinformation.

3. While Obama did his usual thing to push through this insane deal – trash the rule of law, by illegally spying on domestic opponents of the Iran deal : https://t.co/mvWXFoeHPp

4. Not to mention trashing the Constitution. All you arrogant sob’s thought you were above such trivialities, such was your arrogance, which I note remains as strong as ever.https://t.co/Or9L2wsGAx

5. Want to know the truth, Ben? The mullahs played you guys. They played you brilliantly. You have them EVERYTHING they wanted (and more) – and they gave you NOTHING.

That’s because they saw you for the naive suckers you were.

6. So you go ahead and pay yourself on the back, while admiring yourself in the mirror with delusions of grandeur.

But layoff the pieties about being a friend of the Iranian people. They would despise you and Obama. Your best policy would be to keep your trap shut for once.

The Iranians have heard enough from Barack Obama and his lackeys.
Obama – You be quiet! Read more at TGP.