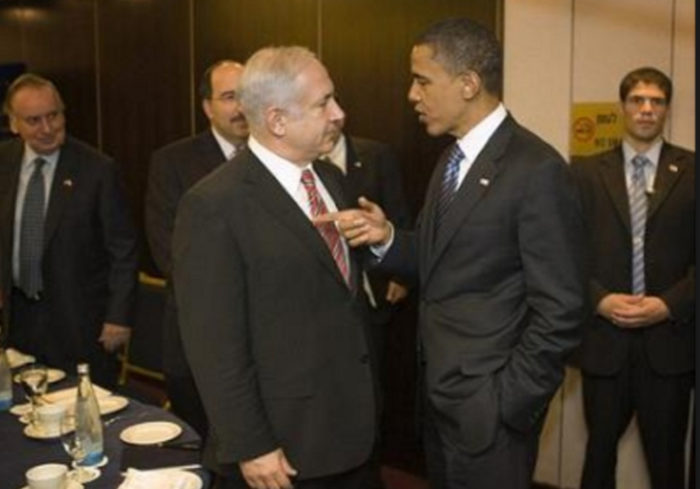 Past administrations have always vetoed such anti-Israel resolutions.

“…Obama has done “more for Israel” than any other U.S. president.” Delete the word “for” and insert the word “to” for an accurate statement. President Obama has confirmed that he is just a petty, vindictive little man.

The White House defended President Barack Obama over the U.S.’s abstention from a UN Security Council resolution condemning Israeli settlements on the West Bank, saying Obama has done “more for Israel” than any other American president.

Members of the White House National Security Council defended the abstention vote on a press call Friday insisting that the United States could not veto the resolution, which they claimed “erodes a foundation for a two state solution.”

The White House said the abstention was consistent with past administrations and while the current administration believes construction of settlements on the West Bank would drum up more violence, it would rather not deal with issues pertaining to the Israeli–Palestinian conflict with the U.N. as a “vessel.”

“The United Nations, we continue to believe, is a flawed venue for this issue in that it has frequently been used to single out Israel, often through completely over-the-top exercises, that — again, when it comes to final status issues, we believe that those should be negotiated between the parties,” Ben Rhodes, Deputy National Security Advisor said on the call. More