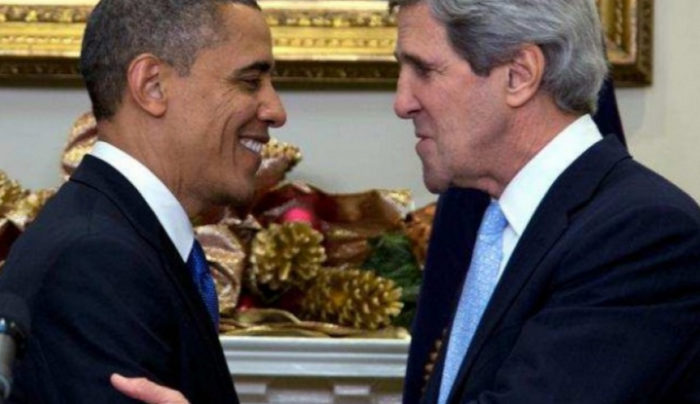 Obama’s not done yet… He wants Israel back at suicidal pre-1967 borders! Obama and Kerry totally disgust me. Obama is an incompetent, serial liar who is constantly putting the world at risk by throwing gas on every problem.

This will blow up the region beyond repair and leave Israel hanging out in the wind.

The Israel-hating Obama Administration may not be done trying to eradicate the state of Israel after it let the vicious UN anti-Israel resolution denying Israel’s claim to the sacred Temple Mount pass; on Monday morning the Palestinian newspaper Al-Quds reported that Secretary of State John Kerry will present his framework for Israel and the Palestinians in January, stating that Israel return to the suicidal pre-1967 borders and the Palestinians to have sovereignty over east Jerusalem, which will become the Palestinian capital.

Roughly one month ago, according to the Times of Israel, U.S. officials stated that Barack Obama had “nearly ruled out any major last-ditch effort to put pressure on Israel over stalled peace negotiations with the Palestinians … indicating Obama will likely avoid one last row with Israel’s government as he leaves office.” More