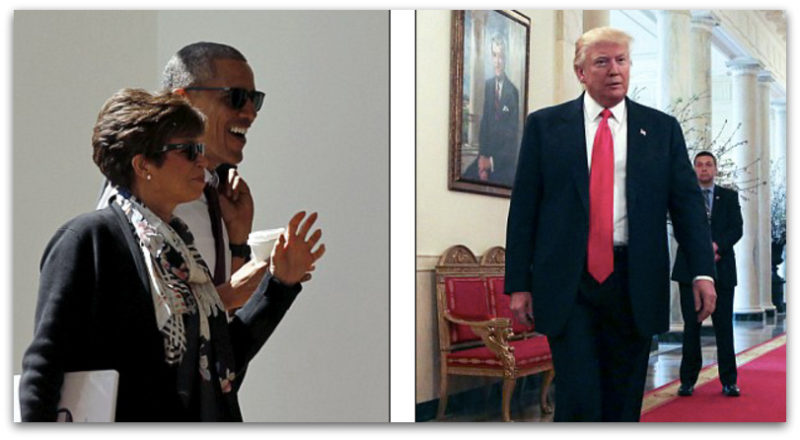 This is creepy! Just exactly what is the relationship between Valerie Jarrett and the Obamas? Besides handler, I mean?

Obama’s goal  is to oust Trump from the presidency either by forcing his resignation or through his impeachment, a family friend told DailyMail.com

Barack Obama is turning his new home in the posh Kalorama section of the nation’s capital – just two miles away from the White House – into the nerve center of the mounting insurgency against his successor, President Donald J. Trump.

Obama’s goal, according to a close family friend, is to oust Trump from the presidency either by forcing his resignation or through his impeachment.

And Obama is being aided in his political crusade by his longtime consigliere, Valerie Jarrett, who has moved into the 8,200-square-foot, $5.3-million Kaloroma mansion with the former president and Michelle Obama, long time best friends.

Jarrett played a vital – if at times low-key – role in the Obama presidency. She lived in the White House, dined with the Obamas, and help shape his domestic and foreign policies. More