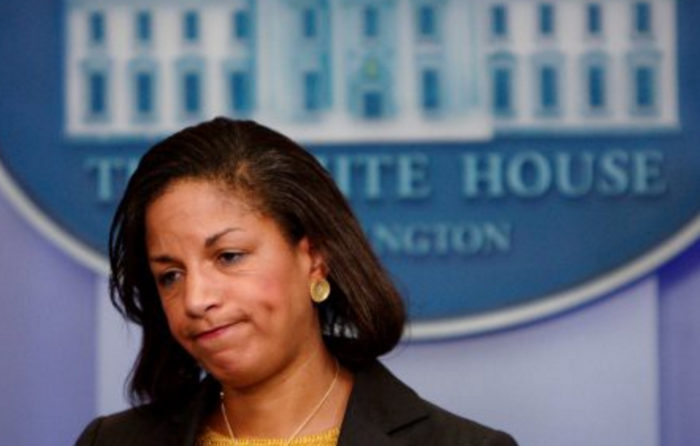 Susan Rice would never have unmasked any of those reports without having spoken with Obama first.

Sources also told him that the unmasking was purely for political purposes to embarrass Trump and had NOTHING to do with national security.

According to activist and author Mike Cernovich the leaker and unmasker is Susan Rice.

We know it’s you @AmbassadorRice. Bloomberg and NY Times both sat on the story to protect Obama. Have a nice time before Congress. https://t.co/8vx9SqYffK

It is now widely accepted that Barack Obama spied on the Trump Transition Team.

Obama may be the first POTUS brought down by a scandal after he left office. Every major outlet had this scoop, none would run it. https://t.co/LvPEGqJxtk

Susan Rice made a name for herself when she said the Benghazi massacre was a protest and when she defended deserter Bowe Bergdahl for ‘serving admirably.”

Mike Cernovich has more on the story at The Medium.

The White House Counsel’s office identified Rice as the person responsible for the unmasking after examining Rice’s document log requests. The reports Rice requested to see are kept under tightly-controlled conditions. Each person must log her name before being granted access to them.

“Unmasking” is the process of identifying individuals whose communications were caught in the dragnet of intelligence gathering. While conducting investigations into terrorism and other related crimes, intelligence analysts incidentally capture conversations about parties not subject to the search warrant. The identities of individuals who are not under investigation are kept confidential, for legal and moral reasons. More