Obama Parting Surprise! He Approved NSA To Shared Info On Private Individuals With Other Intel Agencies 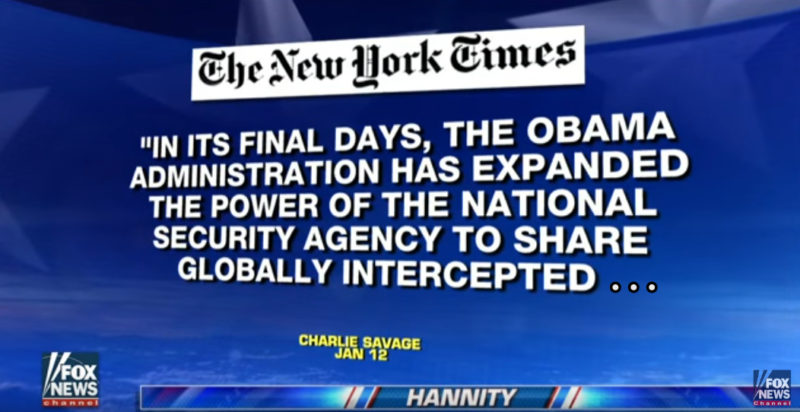 Going out the door the Obama regime left another parting surprise for the American people. He approved NSA sharing private information on individuals with other intelligence agencies.

Obama has done everything within his power to undermine the people of this country! He has set boobie traps everywhere for the Trump administration and it was all done intentionally with purpose.

In light of the recent flurry of leaks by the so-called “deep state”, which includes such agencies as the NSA and FBI and which last week lead to the resignation of Mike Flynn after a phone recording of his  phone conversation with the Russian ambassador was leaked to the WaPo and other anti-Trump publications, an article published on January 12 by the NYT has generated renewed interest. One month ago, the NYT reported that “In its final days, the Obama administration expanded the power of the National Security Agency to share globally intercepted personal communications with the government’s 16 other intelligence agencies before applying privacy protections.”

The new rules significantly relax longstanding limits on what the N.S.A. may do with the information gathered by its most powerful surveillance operations, which are largely unregulated by American wiretapping laws. These include collecting satellite transmissions, phone calls and emails that cross network switches abroad, and messages between people abroad that cross domestic network switches. The change means that far more officials will be searching through raw data. Essentially, the government is reducing the risk that the N.S.A. will fail to recognize that a piece of information would be valuable to another agency, but increasing the risk that officials will see private information about innocent people.

While previously the N.S.A. filtered information before sharing intercepted communications with another agency, like the C.I.A. or the intelligence branches of the F.B.I. and the Drug Enforcement Administration, and furthermore N.S.A.’s analysts passed on only information they deemed pertinent, screening out the identities of innocent people and irrelevant personal information, following passage of Obama’s 11th hour rule, “other intelligence agencies will be able to search directly through raw repositories of communications intercepted by the N.S.A. and then apply such rules for “minimizing” privacy intrusions.”

In other words, what until recently was a trickle of private data captured about US individuals by the NSA with only a handful of people having full, immersive access, suddenly became a firehose with thousands of potential witnesses across 16 other agencies, each of whom suddenly became a potential source of leaks about ideological political opponents. And with the universe of potential “leaking” culprits suddenly exploding exponentially, good luck finding the responsible party. More

Obama Parting Surprise! He Approved NSA To Shared Info On Private Individuals With Other Intel Agencies