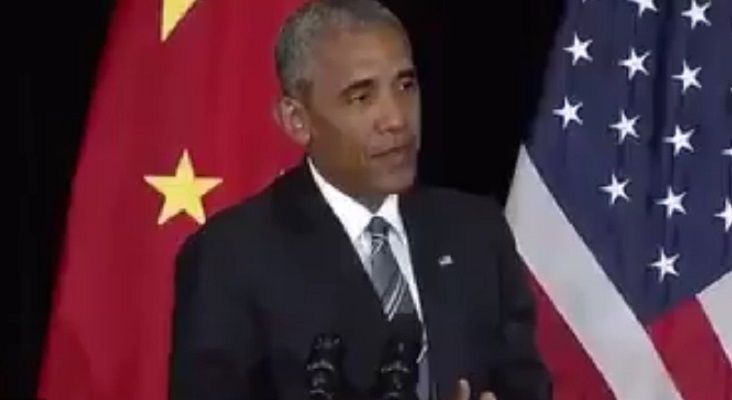 If it’s anti American Obama is definitely in. Spoiled millionaires pretending to be the victims! Just pathetic. Just more exploitation from the race baiters. Obama and Hillary want to tear America totally apart while Trump is visiting black churches to find common ground and understanding. Here is your difference America.

President Barack Obama praises Colin Kaepernick’s decision not to stand for the the national anthem at football games, saying that the 49ers quarterback is protesting “real legitimate issues.”

“My understanding, at least, is he is exercising his constitutional right to make a statement, I think there is a long history of sports figures doing so,” Obama said, when asked about Kapernick’s protest.

Obama made his remarks during a press conference in China at the G-20 world leader’s summit.

Obama admitted that it was “tough thing” for people to see Kaepernick disrespect the flag and the people that served in the military, but then he defended it.