More blood on democrats and Obama’s hands. Should Eric Holder, Loretta Lynch, and Barack Obama be arrested for accessory to murder? The reporter needs to name the prosecutors who refused to pursue charges.

WZ: If any tax-paying U.S. citizen had committed these heinous crimes, they would rightfully be in jail. However, illegal aliens were given a privileged status under the Obama regime and criminals were able to continue their depredations with impunity. 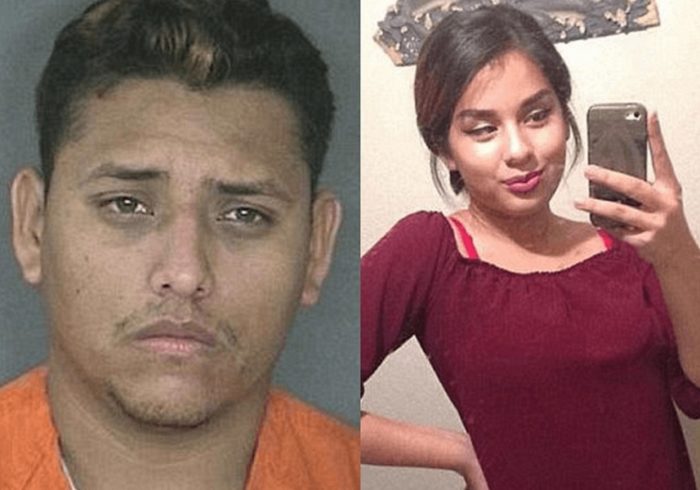 Breitbart: An illegal alien who allegedly twice raped his 15-year-old stepdaughter now stands accused of murdering the girl after Obama’s Department of Justice refused to prosecute him on human smuggling charges. ICE officers were never able to deport the man despite a lengthy criminal history that includes charges of assault, burglary, and human smuggling.

Many opportunities to prevent the needless rape and murder of a young Texas girl slipped by the wayside before 36-year-old Armando Rodrigo Garcia-Ramirez twice impregnated his victim, Jennifer Delgado. In 2008, police arrested the Mexican national for assault. A local prosecutor chose to drop the charges, the Washington Times reported. In 2009, Garcia-Ramires found himself in custody – this time, charged with assault. Prosecutors also dismissed this charge.

In 2011, U.S. Immigration and Customs Enforcement (ICE) officers took arrested the man and attempted to deport him. A judge granted the man bond and released him. No further information about this case is currently available.

ICE officers took another shot at deporting Garcia-Ramirez in 2016 after he was arrested and charged with smuggling five illegal aliens into the country. ICE officers arrested him and asked the U.S. Attorney for the Western District of Texas to press charges. Claiming the lack of a good witness, the U.S. Attorney declined to prosecute.

By this time, the 36-year-old man had already fathered a child with the teenage girl who he would later kill, the Daily Mail reported. One month later, he impregnated the girl again.

Despite his criminal history, Garcia-Ramirez applied for legal status. The Obama Administration granted him a work permit. More