Over 2.3K Admitted In July, Almost All Sunni Muslims… 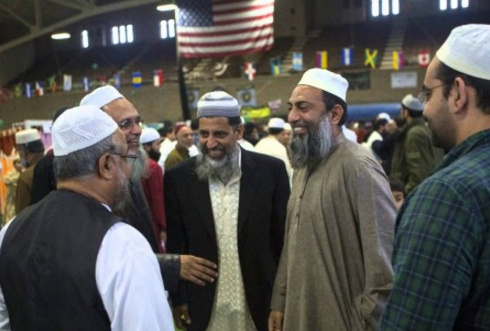 We should send them to the liberal areas that want them, but unfortunately they end up in small conservative towns instead like this one in Noel, Missouri. Yes we need more Syrian refugees because we’re not having enough terror attacks to suit the Obama.

WASHINGTON (AP) — After a slow start, it appears increasingly likely that the Obama administration will hit its goal of admitting 10,000 Syrian refugees into the United States before the end of September.

That’s more than what occurred during the entire seven months after President Barack Obama directed his team to prepare for 10,000 admissions from the war-torn country. Total admissions for the current budget year, which ends Sept. 30, now come to about 7,900, and the vast majority of them are Sunni Muslims, records show.

If the pace from June and July continues this month, the target should be reached with a couple weeks to spare before Obama heads to the United Nations to urge world leaders to admit more refugees and to increase funding for relief organizations. The U.N. General Assembly is holding a summit to address the large movements of refugees and migrants that stems primarily from conflicts in the Middle East and Africa.