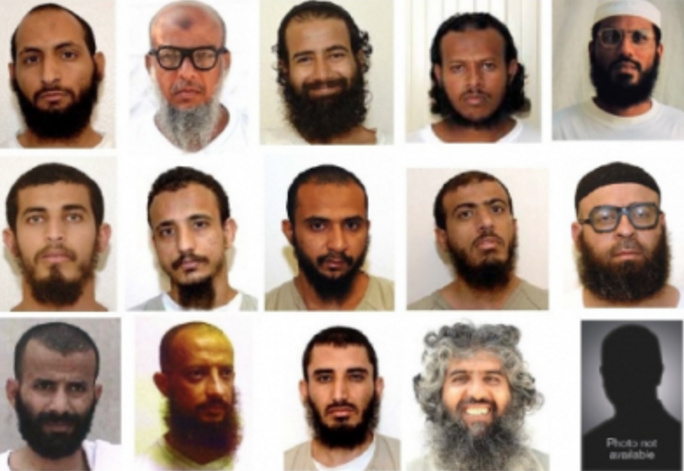 Look at all those fine upstanding Islamic terrorists. Practically guaranteed to plan or participate in jihadi attacks here or in Europe.

Fifteen prisoners at the Guantanamo Bay detention center were sent to the United Arab Emirates in the single largest release of detainees during the Obama administration, the Pentagon announced Monday.

The transfer of 12 Yemeni nationals and three Afghans to the UAE comes amid a renewed push to whittle down the number of detainees held at the U.S. prison in Cuba that President Barack Obama wants to close.

The Pentagon says 61 detainees now remain at Guantanamo, which was opened in January 2002 to hold foreign fighters suspected of links to the Taliban or the al-Qaida terrorist organization. During the Bush administration, 532 prisoners were released from Guantanamo, often in large groups to Afghanistan and Saudi Arabia. More