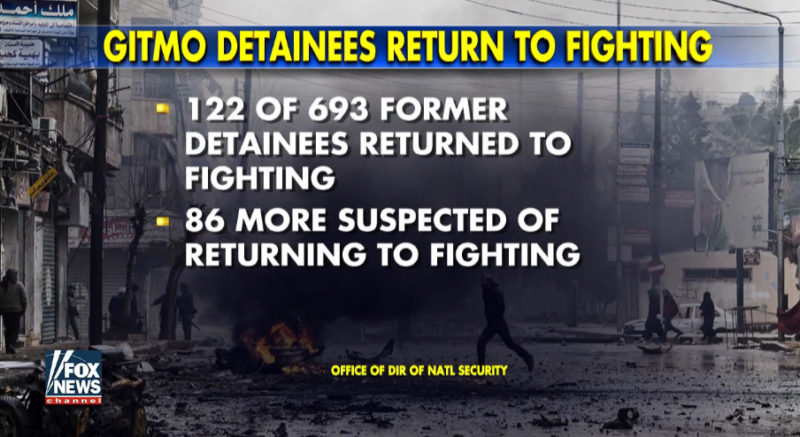 Who needs those stinking laws? With a totally corrupt Department of Justice there is no penalty for violating laws that this administration chooses to ignore. Obama and Clinton will do anything to protect our Islamic enemies.

The Obama administration ordered the Pentagon to spend U.S. taxpayer funds for a domestic search of “possible Guantanamo detainee relocation” sites, according to documents obtained by the Free Beacon. United States law bars the administration from spending taxpayer money on its effort to move Gitmo inmates onto American soil.

The disclosure has prompted a congressional inquiry to determine who in the Obama administration ordered the relocation search and how taxpayer funds were authorized for that purpose, according to a formal letter sent by lawmakers to the Defense Department on Monday and obtained by the Free Beacon. More