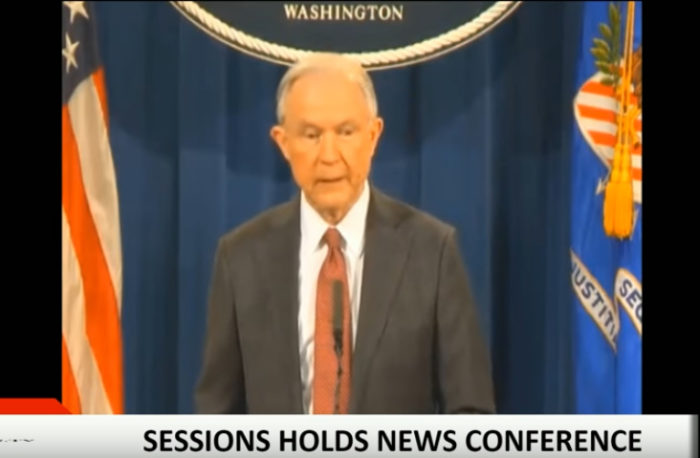 Wait, didn’t the FBI ‘counter intelligence’ people say they discovered this ‘suspicious activity’ through a long and arduous investigation?

It’s all smoke and mirrors most likely contrived by Democrats and Obama on his way out the door.

So Obama was behind it but then pushed Russian ties?

The first came at a conference on “Global Partners in Diplomacy,” where Sessions was the keynote speaker. Sponsored by the U.S. State Department, The Heritage Foundation, and several other organizations, it was held in Cleveland during the Republican National Convention. More