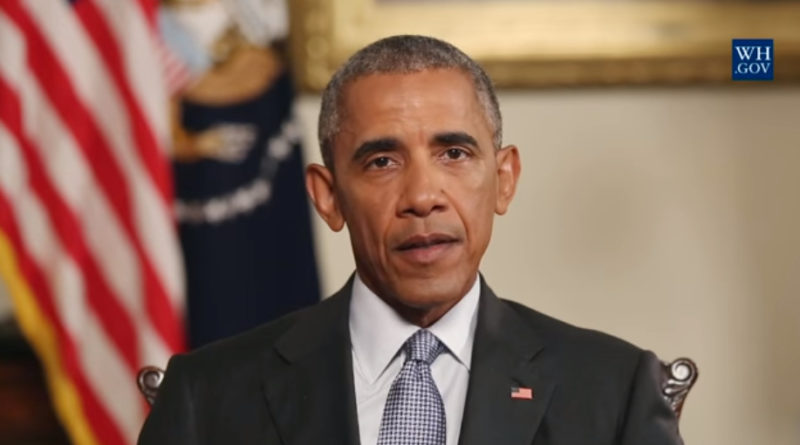 Well, except when it comes to Christians and their beliefs. Right Obama? We shouldn’t give in to those whom would divide us? Oh, you mean like Hillary who put half of America in a “Deplorables Basket?” The end of your disastrous term really can’t come soon enough! Obama cares nothing for this nation.

President Obama said the 15th anniversary of the Sept. 11 terrorist attacks should serve as a reminder to Americans of the importance of diversity and warned against fear-mongering.

“In the face of terrorism, how we respond matters. We cannot give in to those who would divide us. We cannot react in ways that erode the fabric of our society,” Obama said Saturday in the weekly White House address. “Because it’s our diversity, our welcoming of all talent, our treating of everybody fairly — no matter their race, gender, ethnicity, or faith — that’s part of what makes our country great.”

The president’s unifying message was a subtle jab at Republican nominee Donald Trump, who has spent the past 15 months criticizing Obama for not using the words “Islamic radicalism” when addressing terrorist attacks carried out by or tied to groups like the Islamic State and al Qaeda. More

Americans: How Many Times Does Facebook And The Big Tech Companies Need To Be Exposed Before They Are Held Legally Accountable?
June 18th, 2021 Sons of Liberty Media