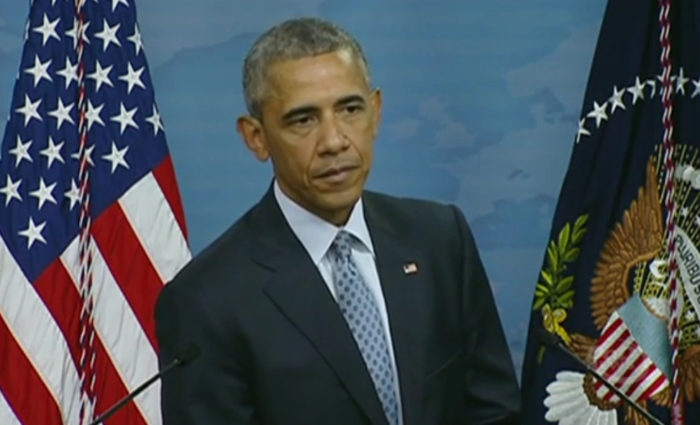 This just goes to prove that Obama feels it is alright for felons to break the gun laws but it is not alright for the law abiding Americans have their best form of self-defense.

The lame stream media was sure to play up Obama’s pardons as being for those convicted of victimless crimes like drug offences.

The blood that these criminals shed will be all over Obama’s hands. Not that he would care…

First, of all, these aren’t just “kids” who owned guns, but just happened to be caught with drugs – 36 of the 56 criminals convicted on gun charges that Obama pardoned were felons illegally possessing guns.

Second, these criminals didn’t leave their guns at home when they were committing or facilitating their drug crimes – 30 of the 56 were armed while trafficking drugs.

Third, four of the gun-toting convicts freed by Pres. Obama “used” their guns during their crimes.

Fourth, it’s not excusable, as Obama suggests, to rob someone at gunpoint – as long as you don’t actually shoot them.

Finally, Obama said “What I’ve done is try to screen out folks…” If that’s true, then why is he throwing out false hypotheticals when he, personally, screened these people? More