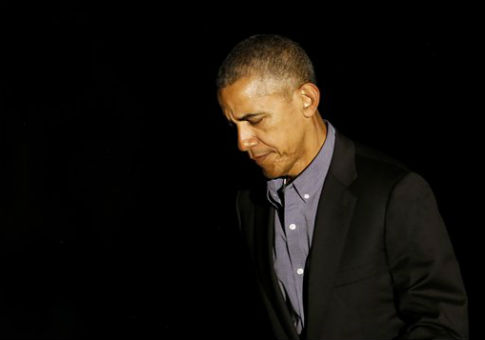 Really? No scandal? What would all the family member of VA patients who died waiting for treatment. What about Obamacare??

President Obama claimed there had been no “major scandal” in his administration during a Democratic fundraiser Sunday night in San Diego.

Obama made the comment while railing against Rep. Darrell Issa (R., Calif.), the former chairman of the House Oversight Committee who once called him “one of the most corrupt presidents” in modern history.

“Here’s a guy who called my administration perhaps the most corrupt in history–despite the fact that actually we have not had a major scandal in my administration–that, when Trump was suggesting that I wasn’t even born here, said, well, I don’t know, was not sure,” Obama said, according to Politico Playbook. “This guy has spent all his time simply trying to obstruct, to feed the same sentiments that resulted in Donald Trump becoming their nominee.”

Issa, locked in a tough reelection battle, has touted Obama’s signing of a sexual assault bill he cosponsored, according to the Washington Examiner. Obama called it the “definition of chutzpah” after Issa’s earlier criticisms of him.

The stop in San Diego was part of a barnstorming campaign by the president to win back Democratic control of Congress. Democratic presidential nominee Hillary Clinton leads Republican Donald Trump in the polls and is trying to help her party down the ballot.

Obama’s tenure has included ongoing scandals at the Department of Veterans Affairs resulting in the deaths of veterans, telling PolitiFact’s 2013 “Lie of the Year” after his false claim that Obamacare would not cause anyone to lose their existing health insurance, and the IRS acknowledging that it “targeted” conservative groups seeking tax-exempt status, among other controversies.

Issa released a statement that he was “disappointed but not surprised” by Obama’s attack.

“I’m disappointed but not surprised that the president, in a political speech, continues to deny accountability for the serious scandals that happened under his watch where Americans died overseas and veterans have died here at home,” he said. “You’d be hard pressed to find anyone who thinks I’ve done too much to hold Washington accountable. I’ve worked with the administration on good legislation where it was possible, called out wrongdoing wherever I saw it and will continue to do so.”