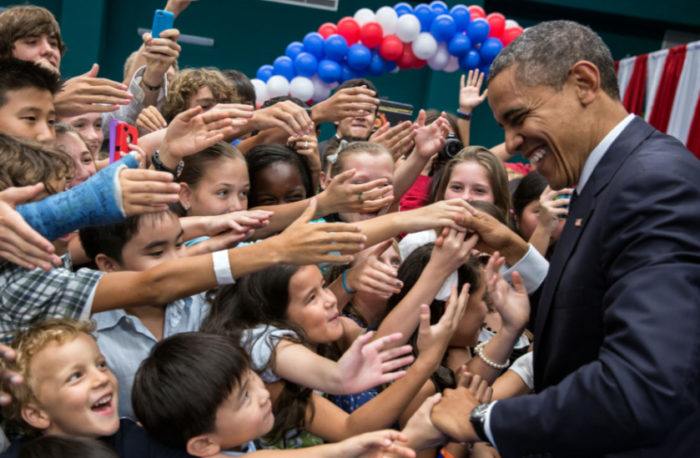 Why is it ok for liberals to sexualize children? This country has become so sick & twisted. They are coming after our children…

President Barack Obama will step up his campaign to change the laws and social expectations about the sexual development of children in schools, according to Politico.

Politico’s report shows that Obama’s agenda goes much further than allowing a few “transgender” youths to use bathrooms or locker rooms reserved for kids of the opposite sex.

The new rules will restrict and suppress the views of the vast majority of normal students, and will create procedures to keep parents in the dark about their kids’ government-supported experiments in “gender identity.”

“The Obama administration is expected in coming weeks to aggressively reinforce its position that transgender student rights are fully protected under federal law,” according to Politico. “Multiple agencies are expected to be involved … the legal protections include providing transgender students with not just access to bathrooms and locker rooms that align with their gender identity but also affording them protections from bullying, harassment and sexual violence, and a right to privacy concerning their transgender status and transition,” Politico reports.

The new campaign could help Democratic turnout in 2016, Politico says. “The building political war over transgender rights has drawn vehement protest from the right and exposed and exacerbated simmering tensions within the Republican Party — and proven to be an effective issue for Democrats to use to mobilize their base.”

The scope of Obama’s pending demands are unclear — but hints are emerging from school districts around the nation.

Schools are facing financial threats from federal lawyers and from spending agencies who say a 2014 Department of Justice letter has converted a decades-old law intended to bar sexual discrimination into a new kind of law that provides federal support and legal protection for people who wish to change their “gender identity” into something between male and female.

GOP legislators gave up their chance to stop Obama’s campaign when House Speaker Paul Ryan and his deputies imposed no budget restrictions on Obama’s regulators during the December 2015 budget votes. More

Mayor Demands All School Board Members RESIGN Or Be CHARGED After Outrage Over Text Book
September 15th, 2021 The Lid
SHARE