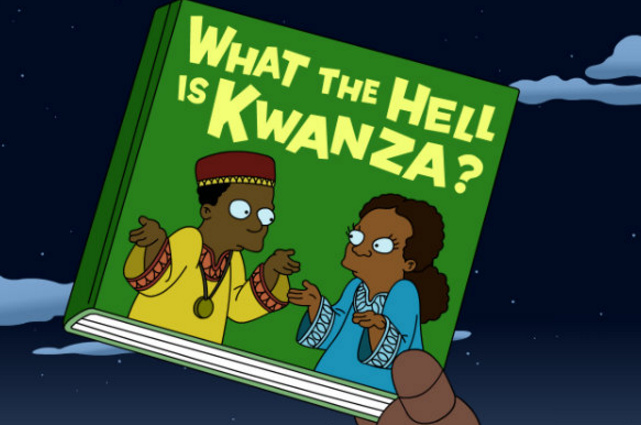 It’s a real shame most people don’t know this…

President Barack Obama is wishing a “happy and healthy new year” to those celebrating Kwanzaa.

The White House released the greetings from Obama on Monday while the president and his family are vacationing in Hawaii. More

But he left out that Kwanzaa was concocted by a deranged Felon who brutally tortured women:

[…]history of the violent, deranged and radical black nationalist who concocted the completely artificial holiday of Kwanzaa in 1966.

The creator is Maulana Ndabezitha Karenga, a 75-year-old professor or Africana studies at California State University, Long Beach. His real name is Ronald Everett. He was born in rural Maryland, the fourteenth child of a sharecropping Baptist minister.

Karenga was convicted in 1971 for brutally torturing two naked women. The women were members of Karenga’s ultra-radical, paramilitary, black nationalist cult called the US Organization, according to a May 1971 Los Angeles Times story dug up by FrontPage Magazine.

“Deborah Jones, who once was given the Swahili title of an African queen, said she and Gail Davis were whipped with an electrical cord and beaten with a karate baton after being ordered to remove their clothes,” the LA Times article reports. More