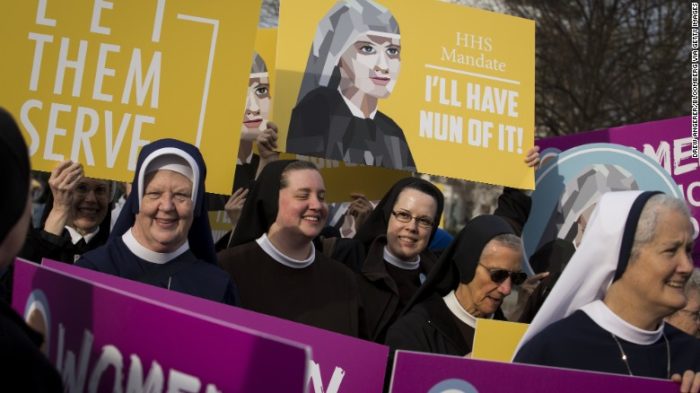 Obamacare is a joke. It is just another way for the liberals to push their distorted views on us.

The Supreme Court on Monday avoided issuing a major ruling on a challenge brought by religiously affiliated non-profit groups to the Affordable Care Act’s contraceptive mandate.

The justices, in a unanimous decision, wrote that they were not deciding the case on the merits but instead sent the case back down to the lower courts for opposing parties to work out a compromise.

The decision to send the case back to the appellate level appears to be a direct impact of Justice Antonin Scalia’s death in February. Scalia, a stalwart conservative, would likely have ruled against the Obama administration.

The court currently has four justices appointed by Republican presidents and four by Democrats.

“It seems pretty clear that this is a compromise born out of an eight-justice court, where the justices avoid saying anything on the merits and try to make the case go away,” said Steve Vladeck, a CNN contributor and a professor of law at American University Washington College of Law.

“It’s not the first time they’ve punted since Scalia’s death, but it may well be the most brazen one.”

The White House has argued that the divided court and prospect for 4-4 rulings on major cases is a primary reason why the Senate should act on President Barack Obama’s nomination of Judge Merrick Garland to fill Scalia’s seat. Senate Republicans have no plans to hold hearings or vote on Garland’s nomination before the November election. More