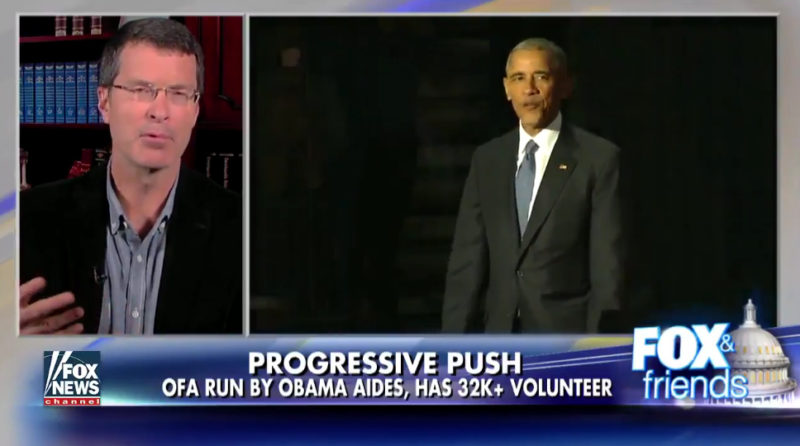 Their goal is to force Republicans, even from safe districts, second-guess their support for the Trump agenda…

Unfortunately Obama is not going anywhere & here’s the undeniable proof…

“All these protests against Trump are not spontaneous, they’re pre-manufactured by @OFA and OFA is Obama.”- @paulsperry_@Project_Veritas 🔍 pic.twitter.com/oCChrRPqdL

An Obama-tied activist group training tens of thousands of agitators to protest President Trump’s policies plans to hit Republican lawmakers supporting those policies even harder this week, when they return home for the congressional recess and hold town hall meetings and other functions.

Organizing for Action, a group founded by Obama and featured prominently on his new post-presidency website, is distributing a training manual to anti-Trump activists that advises them to bully GOP lawmakers into backing off support for repealing ObamaCare, curbing immigration from high-risk Islamic nations, and building a border wall.

In a new Facebook post, OFA calls on activists to mobilize against Republicans from now until Feb. 26, when “representatives are going to be in their home districts.” More

60+ People Lost Their Jobs After Participating In “Day Without Immigrants”