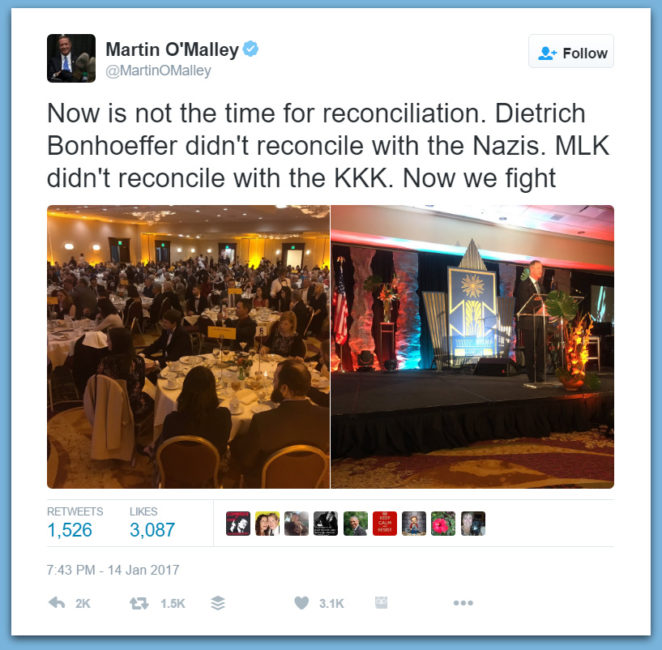 Why are they resisting a peaceful transition of power? Are they seriously going to go down this route? Just go ahead and keep showing all Americans your true colors and who the real obstructionists really are.

Former Gov. Martin O’Malley asserted President-elect Donald Trump is an evil man on par with the Nazis and the KKK on Twitter Saturday night, and said he would “fight.”

O’Malley’s tweet is part of what appears to be a Democrat campaign to delegitimize Trump’s win, undermine his presidency and encourage anyone who will listen not to accept the results of the election. Democrat Rep. John Lewis said he does not see Trump as a “legitimate” president Friday, because the Russians rigged the election and rendered the result unfair and undemocratic. Others tried to invalidate the electoral college vote on the grounds of Russian interference and alleged voter fraud. More