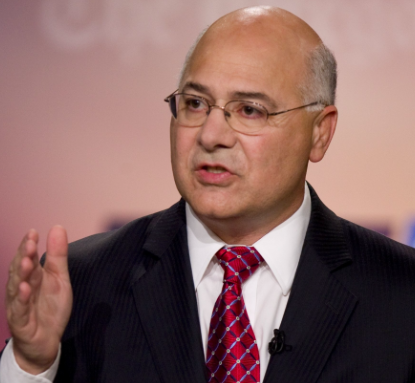 This Democrat bully got what he deserved. The people realized he was a bully and elected a Republican in a typically all blue state.

In 2013, Oregon Democrat Brad Avakian, as commissioner of the Oregon Bureau of Labor and Industries, put a Christian bakery out of business because its owners stood up for their religious convictions. Fast forward to 2016 and Avakian, not unlike many of his fellow Democrats, got served a big slice of sweet justice.

Sweetcakes by Melissa, owned by Melissa and Aaron Klein, was forced out of business by Avakian and the BOLI in 2013. Klein told Independent Journal Review that they were fined $135,000 and the state garnished their bank accounts to cover it. When all was said and done, Klein said that the state took $144,000 from them.

Avakian put these Christian bakers out of business, but in 2016, the people of Oregon ended his run for Oregon secretary of state in favor of Republican Dennis Richardson, which is the first time in 14 years the solidly blue state elected a Republican for state office.

Rob Kremer, an Oregon political analyst, told the Review: “I think people in Oregon were uncomfortable with Avakian’s stated objective of expanding the scope of the secretary of state’s office to broaden a progressive agenda.

“While I don’t think the Sweetcakes by Melissa case was the only thing that turned off voters, it was certainly an example people could point to to show that he was abusing his authority.”

In addition to the voters, of all the major newspapers in the very blue state, not a single one offered Avakianits endorsement.

Aaron Klein told the Review: “His losing was a good sign that people don’t agree with somebody who is anti-constitutional to the nth degree. He never recognized our religious constitutional rights in his office. He just ignored them. And then he went off-kilter with ideas about what he wanted to do in his new office.”

According to Klein, the people of Oregon could easily see what Avakian would have done as secretary of state thanks to his track record with the BOLI.

“He used his office to execute a personal bias and I think people thought he’d do the same with secretary of state. Most people don’t know his son is gay and he’s got a dog in the fight,” he explained. “For him it’s personal.”

Unfortunately, Avakian still has two years left with the BOLI, and although the justice is sweet, it doesn’t change the fact that the Kleins and their five children have suffered. More