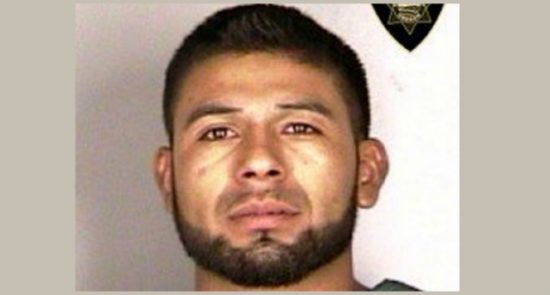 And why and how did he keep getting back in if he had been deported 6 times? These people died because of someone who shouldn’t have been in the US at all.

Bonifacio Oseguera-Gonzalez murdered three people on a blueberry farm in Oregon. He had previously been deported six times. The victims were shot to death on Monday.

The man accused of shooting and killing three people and injuring a fourth on a blueberry farm outside of Woodburn, has been deported from the U.S. six times since 2003. The U.S. Immigration and Customs Enforcement spokeswoman says in a written statement:“After conducting a comprehensive review of Mr. Oseguera’s immigration and criminal history, U.S. Immigration and Customs Enforcement (ICE) has designated this as a federal interest case. To that end, the agency filed a notice of action with the Marion County Jail asking to be alerted if or when Mr. Oseguera is slated for release so the agency can take custody ot pursue further administrative enforcement action. Relevant databases indicate Mr. Oseguera has no significant prior criminal convictions. However, he has been repatriated to Mexico six times since 2003, most recently in 2013”Bonifacio Oseguera-Gonzalez is accused of shooting and killing 60-year old Ruben Rigoberto-Reyes, 26-year old Edmundo Amaro-Bajonero and 30 year old Katie Gildersleeve. He also shot and injured 27-year old Refugio Modesto-DeLaCruz on June 27th.