O’Reilly Breaks Down Exactly Why Trump Is Winning 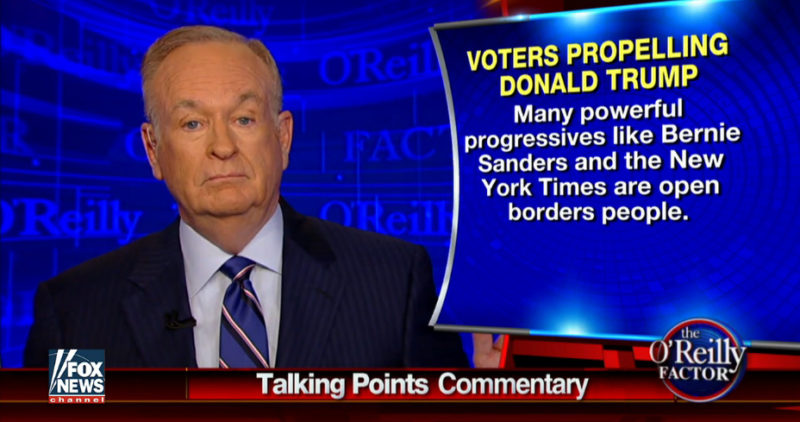 Bill O’Reilly breaks down the Republican front-runner’s rise in his Talking Points commentary.

Why are voters propelling Donald Trump?

“There’s been talk about the feckless nature of the GOP leadership as the primary reason why Mr. Trump is this close to the GOP nomination,” said the Factor host.

“That’s an element, but not the decisive factor.”
Largely, O’Reilly said, “a broad disenchantment with the direction of America has fueled the Trump campaign.”

“His outspoken attacks galvanize Americans who are bitterly enchanted by a society that puts grievance above achievement,” he explained. More

Mother Of Teen Murdered By Illegal Immigrant Tells Congress To Do Their Job!

O’Reilly Breaks Down Exactly Why Trump Is Winning