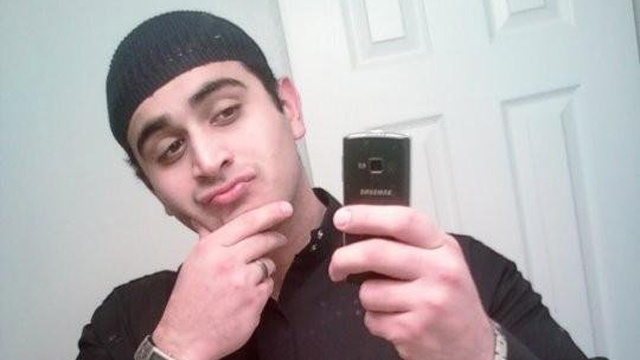 Sound like his wife knew more than she is telling… She needs to be held responsible for not contacting authorities with what she knew about her husbands intentions.

The Orlando shooter and his wife exchanged text messages during the Pulse nightclub rampage, a law enforcement official briefed on the investigation told CNN.

Around 4 a.m. on June 12, about two hours after he started the attack and while holed up in a bathroom, Omar Mateen texted his wife, Noor Salman, asking if she’d seen the news, the official said.

At one point, she responded with a text saying that she loved him. Salman also tried calling her husband several times during the standoff, a second law enforcement official said.
The timing of her calls came after reports of the attack had emerged, and apparently after she realized her husband might be responsible. He didn’t answer, the official said.
It’s not clear if Salman made any attempt to report her husband during that time.

Salman is coming under increasing scrutiny as police investigate the killing of 49 people and wounding of at least 50 at the gay nightclub in Orlando. Authorities say Mateen carried out the killing with a Sig Sauer MCX semi-automatic assault-style rifle and a pistol.
Salman apparently gave conflicting accounts about what she knew of Mateen’s intentions in the hours before the attack. authorities said. She also told investigators that in the weeks before the attack, Mateen spent thousands of dollars, including for the guns used in the attack.

Mateen and Salman married in 2011. They have a 3-year-old son and lived in Fort Pierce, about two hours from the massacre.
A U.S. attorney plans to bring evidence before a federal grand jury to determine whether charges will be filed, two law enforcement officials said.

Mateen also vented on Facebook before and during the massacre.
“America and Russia stop bombing the Islamic state,” the gunman wrote, according to the chairman of the Senate Committee on Homeland Security and Governmental Affairs.
“You kill innocent women and children by doing us airstrikes … now taste the Islamic state vengeance.”
Then, in his final post, an ominous warning: ”In the next few days you will see attacks from the Islamic state in the usa.”  More

Gov’t Spends Half A Million On ‘Culturally-Appropriate’ Food Stamps