Orlando Terrorist Attack Prompts Some To Come Out… For Trump 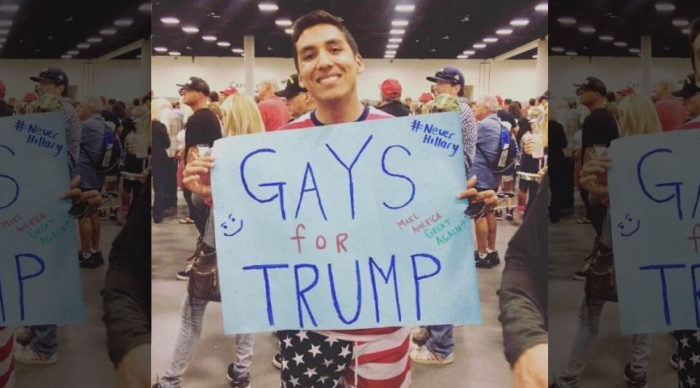 How can you be gay or lesbian and still accept the political party that excuses murderers in your community?

Fox News: The Orlando terror massacre has members of the LGBT community around the nation coming out – for Donald Trump and the Second Amendment.

Some among the reliable Democratic constituency were not persuaded by President Obama’s post-attack call for new gun control measures and renewed warning against painting Islam in a negative light.

Trump’s counter message that Americans – including those in the LGBT community – must protect themselves against the hatred of radical Muslims struck a chord with Stephen Zieman.

“I knew I had to fully support Trump because he called out the threat for what it was — radical Islamic terrorism,” the 23-year-old from Schaumburg, Ill., told FoxNews.com. “He stood up for the LGBT community and called himself a friend. It’s something we all needed and he was there — Hillary was not. She was making excuses for the religion and calling for gun control, which is not what I needed to hear.” More

Thank you to the LGBT community! I will fight for you while Hillary brings in more people that will threaten your freedoms and beliefs.

Orlando Terrorist Attack Prompts Some To Come Out… For Trump