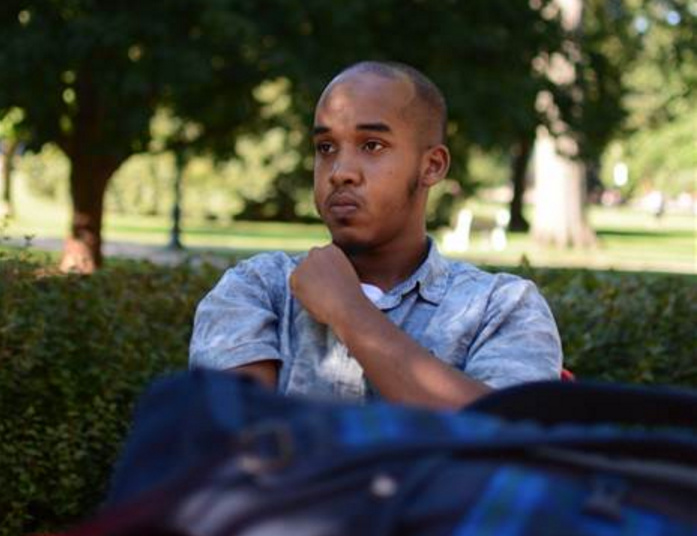 Yet Obama keeps rolling out the red carpet for more and more Muslim refugees. This monster was a refugee. He completed two years of community college before transferring to OSU. The car he was driving was pretty nice. So, where did he get all his money? We don’t need anymore refugees. Close the borders already. Why are we still questioning if he was a terrorist? 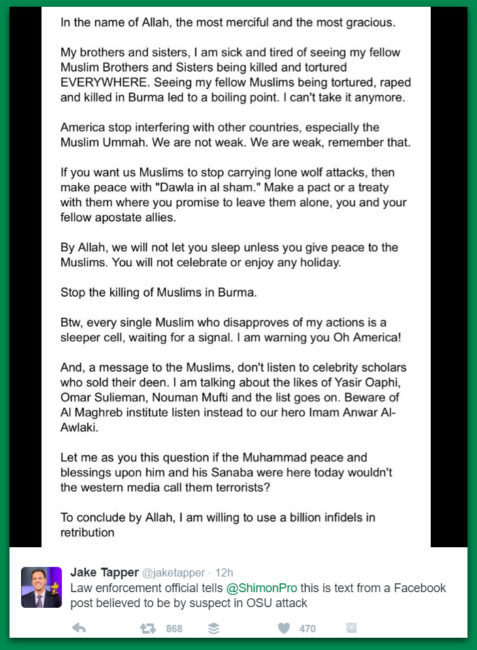 Appearing three minutes before the beginning of the rampage that left 11 people injured, the post reads: “I can’t take it anymore. America! Stop interfering with other countries, especially the Muslim Ummah. We are not weak. We are not weak, remember that.”

The post also invokes the name Anwar Al-Awlaki, a radical American-born al-Qaeda cleric, describing him as a “hero.” Al-Awlaki was killed in 2011 but his propaganda has been linked to several domestic terrorist attacks in the years after his death.

“If you want us Muslims to stop carrying lone wolf attacks, then make peace,” the post reads. “We will not let you sleep unless you give peace to the Muslims.” More

BLM: We Must ‘Come To The Defense’ Of Castro