Give that officer a medal…

Priceless! Alt-left losers are always the ones starting the violence, and the first ones to cry about how they’re victims.

TGP: Talk about a great shot! In an effort to disperse Trump protesters, Phoenix police fired off pepper balls and tear gas canisters. Of course, many protesters, a large number of them Antifa, chose to defy the police’s orders. An Antifa member paid the price for failing to disperse, getting nailed in the balls by a tear gas canister. That’ll leave a mark!

Phoenix Trump Protester Ignores Police Orders, Gets Shot By Pepper Ball Before Being Escorted Away By Personpic.twitter.com/gFKq1Yxqnr

The police hurled percussion grenades and tear gas at the Alt-Left mob. 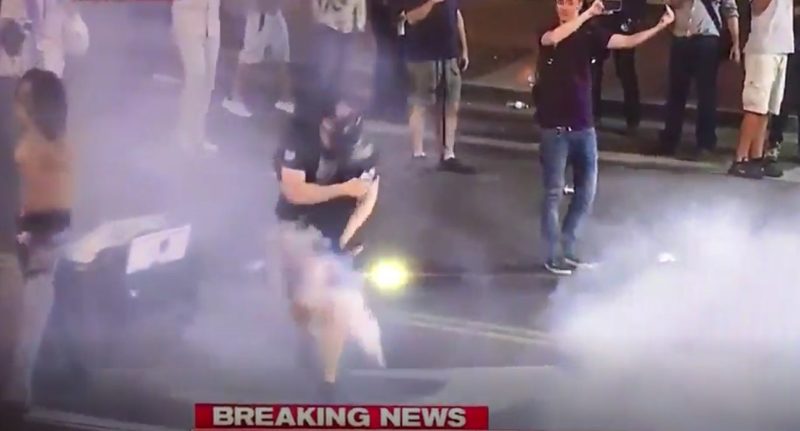 An Alt-Left thug was flashing gang signs behind Jeff Flock at one point.

The alt-left mob claimed they were completely peaceful. Doubtful.

CONFIRMED: ESPN Removes Asian Announcer Robert Lee From Announcing... Because Of His Name!