On Tuesday, Pennsylvania’s 18th district held a special election in which Democrat Conor Lamb is widely believed to have edged out his Republican rival Rick Saccone. While absentee votes are still being counted, Republicans are raising concerns that some voting machines were “miscalibrated,” which led to votes being switched from Saccone to Lamb.

You know they cheated because they always do. Now we just need to expose it! 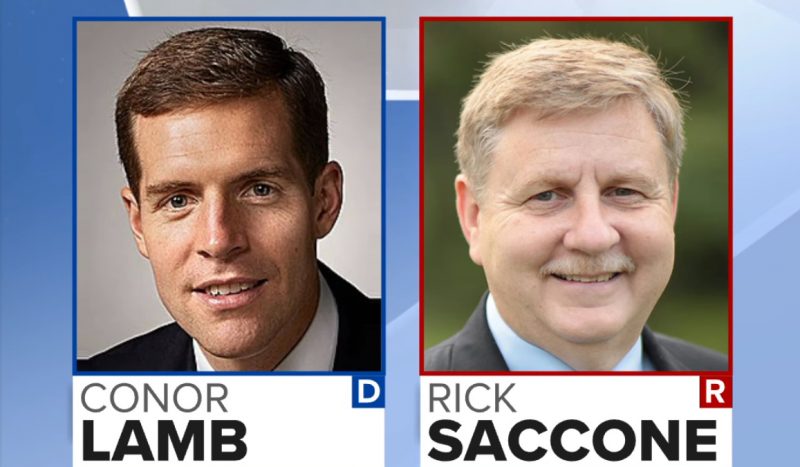 Lamb currently leads Republican Rick Saccone by just 627 votes and there are still absentee and provisional ballots that have not been tabulated, but Republicans are already preparing for the likely recount and even a possible lawsuit regarding issues at polling sites, according to a Republican source familiar with the deliberations.

“We’re actively investigating three instances and likely to file court action on them,” the source said.

Among the listed concerns are “miscalibrated” voting machines in Allegheny County, the only county of four in the district that went for Lamb, according to the source, who said there have been many reports of voters who intended to vote for Saccone ending up casting a ballot for Lamb.

Furthermore, Republicans say their attorneys were ejected from polling sites as the absentee ballots were still being counted and that due to confusion caused by the Pennsylvania secretary of state website people were directed to the wrong polling locations.

“We’re actively investigating three instances and likely to file a court action on them,” a source revealed the Washington Free Beacon.

The NRCC has released a statement on the race: “This race is too close to call and we’re ready to ensure that every legal vote is counted. Once they are, we’re confident Rick Saccone will be the newest Republican member of Congress.”

Nonetheless, DNC chairman Tom Perez has already claimed victory, despite a substantial number of outstanding absentee ballots that could swing the race: “..even after they poured more than $10M into a longstanding stronghold, Trump and GOP still couldn’t put anti-worker candidate Rick Saccone in office.” Read more at TGP.

Voter ID and paper ballots are the only way to ensure the Dems don’t continue to steal elections via fraudulent means. Sounds like Soros’ voting machines worked as planned. https://t.co/c48kCO4lFW

Now if we can just get the Republiican party to actually stand up and do something about it! https://t.co/vwIKvlrBE1