Palin Defends Breitbart Against ‘The Wrath Of The Whiners’ 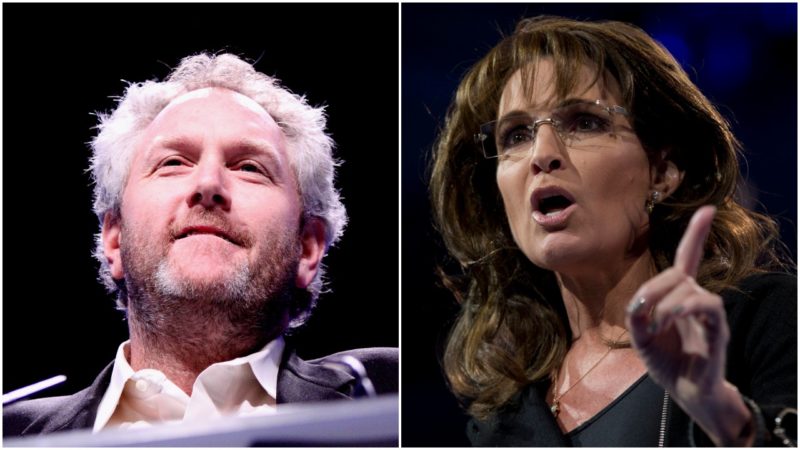 I’d love to see Sarah Palin involved in the Trump administration. She’s too good an asset to waste. Secretary of Interior comes to mind! She had to deal with those jokers daily as Governor, not only would she be great in that position, she’d drain that swamp too! The extra bonus would be the big one finger salute to the left…

During her interview with SiriusXM host Alex Marlow on the holiday edition of Breitbart News Daily, former Alaska governor and 2008 vice-presidential candidate Sarah Palin spoke from experience about battling the forces of political correctness.

Marlow remarked that Palin was the focus of more hatred from the Left than anyone in American public life, at least until Donald Trump came along, and asked if she had any tips for dealing with left-wing bigotry.

She expressed sympathy for all those facing “the wrath of the whiners, the immature, those who are so intolerant that they can’t accept another person’s point of view or another person’s vote.”

“We’re all in this together. We’re like a family, and family circles the wagons, and that empowers us,” she said.

“Look at Steve Bannon, what he’s going through. The irony of Steve Bannon going through this hell with the politics of personal destruction that the Clinton machine supporters are throwing his way is, he recognized that in ‘08 what I was going through, and he made a movie about it,” Palin said referring to Bannon’s documentary The Undefeated,which chronicles Palin’s political career from a corruption busting Alaska mayor and governor to her vice presidential campaign as John McCain’s running mate to her leadership in the Tea Party movement.

“People need to watch that, The Undefeated, because it wasn’t about – I mean, I’m the principal in the movie – but in that documentary it’s not about me. It’s about anybody who would face this injustice of the media, and the politics of personal destruction, and how you can use that actually as fuel,” Palin said. More

Palin Defends Breitbart Against ‘The Wrath Of The Whiners’