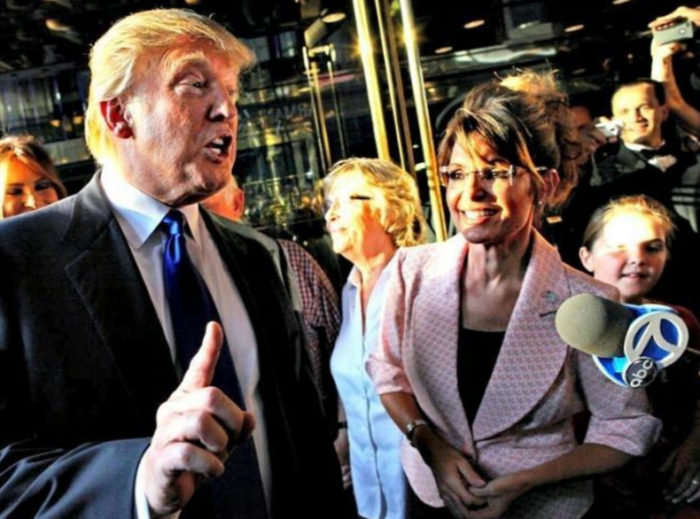 “APPRECIATION fills our heart when our new President exudes our collective red, white and blue courage in the face of purveyors of yellow journalism,” Palin wrote on her Facebook page. “Press members have worked as a herd of lost little lazy sheep. The herd is now decimated.”

During a raucous question-and-answer meeting with reporters, Trump accused CNN of promoting “fake news,” and Jim Acosta, one of cable-news giant’s journalists, said one of the president-elect’s staffers threatened to kick him out after his rolling back-and-forth exchange with Trump. More