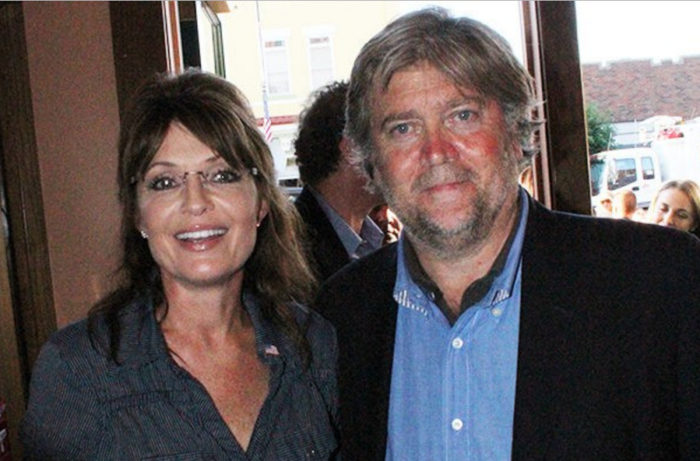 Sarah Palin: ‘The Steve Bannon I know is a passionate defender of freedom…’

Thank you Sarah, you should be the first woman President. Talk about making liberal heads explode. The Trump meltdown would be a molehill compared to a Palin presidency. I get giddy just thinking about it. I pray Trump places Sarah in his Administration. She is so qualified.

Palin took to her Facebook page Monday night to blast “the liberal lamestream lapdog media” for not getting “anything right in its coverage of the Trump Train.”

“A latest press target is a man who’s been part of a team that just made history,” Palin wrote. “Trump campaign CEO, Steve Bannon, is particularly bright on the Leftist media’s radar because they can not handle the fact he’s also from their arena but has been enormously more influential than his peers. ‘How dare one of our own succeed outside our herd,’ is no doubt a favorite whine in DC today.” More

Noted Constitutional Scholar Barbra Streisand Urges Obama To Do This!